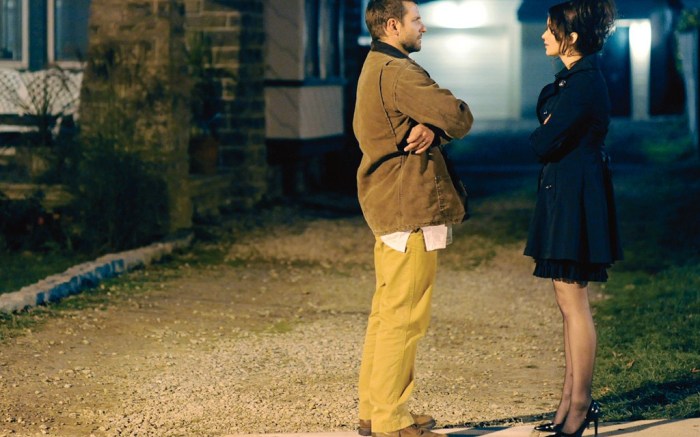 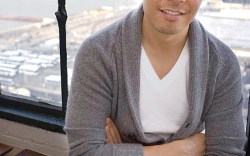 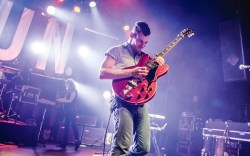 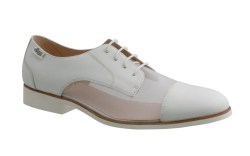 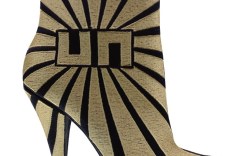 Work It
It’s all about the real world on the set of “Silver Linings Playbook.” The film, which premiered in theaters last week, is set in a working-class neighborhood outside of Philadelphia, and the footwear follows suit. “The overall style for the movie was [set] to portray the working class and try to make it seem as real as possible so the characters were accessible,” costume designer Mark Bridges told Spy. “A lot of actors, like Robert De Niro, Bradley Cooper and Jennifer Lawrence, work from the feet up, and if their character is grounded physically, they are able to build on it.” Here, Bridges sounds off on brand names fit for the film’s real characters.

How would you describe the footwear styles of the main characters?
“We gave Pat [played by Cooper] Reebok running shoes because they were subtle in the logo and didn’t have so many bells and whistles. [His] workboots were Timberlands. For Tiffany [played by Lawrence], her running shoes were Asics. She [also] had a pair of [black] pumps that were Ivanka Trump, and some very high-heeled boots from Charles David. There is a mall that is mentioned in the film called King of Prussia, so I shopped a lot there for things that would be accessible for the average girl. And for Pat Sr. [played by De Niro], there is a running scene [with him] as well, and we used Reeboks.”

Were there any challenges in finding accessible footwear?
“It’s always a case of fighting seasons, what is in the store and what I really need. Also, finding a normal, plain, sexy pump for Jennifer was difficult. With the style right now, I had problems finding a classic shape that could be from any time. We don’t want the film to look dated.”

You won an Oscar for Best Costume Design earlier this year for “The Artist.” How do you transition styles on set?
“I am very lucky that I work with scripts, and the vision of the director changes my attitude. And then of course actors all have different needs, and that is always very exciting to me.”

Look Book
What does Derek Lam do when he needs a break? “I go back to reading,” the designer said. “Reading is probably my biggest joy right now.” Lam said he is a fan of British writer Zadie Smith, and he recently reread her collection “Changing My Mind: Occasional Essays.” “[Smith] is an amazing writer,” he said. “She writes so eloquently, and she can do it in so many different voices. She comes from a [multicultural] background that I totally get — trying to find your way in the world because perhaps we didn’t grow up with the quote-unquote ‘mainstream’ experience. I like reading essays because I can also learn about [the author’s] personality.”

Brothers & Sisters
Siblings Jack and Rachel Antonoff may have pursued different artistic directions, but they are on the same page when it comes to fashion. Jack, a member of the indie pop band Fun., recently tapped Rachel, a ready-to-wear and footwear designer, to create a special-edition shoe for the group to wear on stage. “Jack has always been one of my biggest inspirations,” said Rachel, whose Bass Loves Rachel Antonoff women’s collection is now in its fourth season. “He has a true, innate sense of style and dresses completely and only for himself. The only reason [I’d] ever consider doing menswear is because of Jack.” The style, a white, leather-and-mesh cap-toe oxford, was inspired by the spring ’13 women’s Tavi look that Jack spotted at the Bass showroom. Rachel quickly got to work reinterpreting the shoe for the band, and they’ll likely be packing it for their first tour of Japan in February.

Secret Shopper
It’s a New York state of mind for La Toya Jackson. The well-known Jackson recently made the rounds in the city, including a surprise pit stop at United Nude’s Manhattan showroom during the label’s sample sale, where she snagged a few of the brand’s fashion-forward styles (including the one at left). Perhaps Jackson is revamping her footwear wardrobe in anticipation of her new reality show, “Life With La Toya,” set to debut on the Oprah Winfrey Network in 2013.

Madden Moment
Steve Madden is about to host a rather large dinner party. The designer will act as the chair for The Two Ten Footwear Foundation’s annual dinner on Wednesday. There, Madden will be joined by the industry’s biggest players, including T. Kenyon Holly Memorial Award recipient Aldo Bensadoun. “Aldo is a great man, very charitable, but he’s [also] my biggest competition,” said Madden, who may have figured out a way to get one step ahead of his opponent. “I’m hoping to offer him a job, or maybe he’ll just retire and run Two Ten,” he quipped. Two Ten has been hard at work aiding the victims of Hurricane Sandy. As of last Tuesday, the group already delivered almost $270,000 in relief.

Love Struck
Pamela Love loves a good collaboration. The jewelry designer teamed up with Nine West for fall, creating a Western-inspired bootie with metal plating. “The shoe is a combination of a cowboy boot, motorcycle boot and that New York-European boot,” Love said during a celebration of the partnership at New York’s Ace Hotel. “Obviously, my jewelry was a huge inspiration, so it’s very hardware-heavy.” And Love knew which girls will be rocking the look. “I think it’s for a little bit tougher girl, but somebody fashionable who’s looking for a shoe she can wear all the time, dressed up or down,” she said.

New Team
Spotted: Selena Gomez designing for Adidas. After Spy reported that Gomez had a partnership in the works, sure enough, the songstress has signed on as global style icon and guest designer for Adidas NEO label through 2015. Ironically, on-again, off-again boyfriend Justin Bieber is a face of the brand, too.