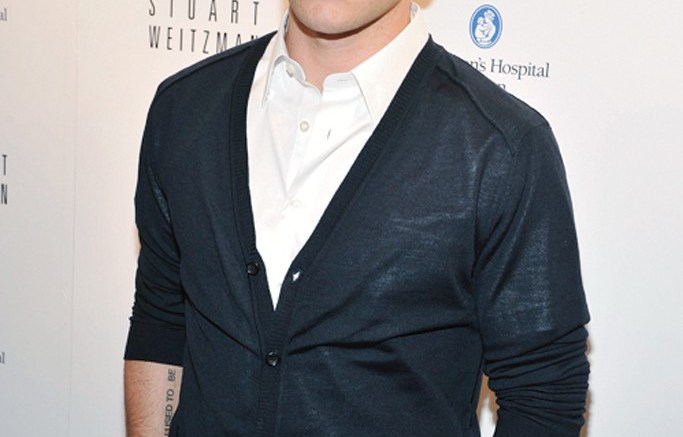 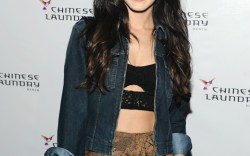 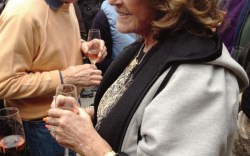 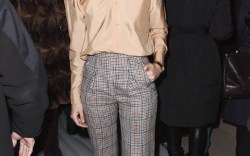 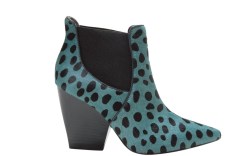 Off the Ice
Is Sean Avery trading in his hockey skates for heels? The NHL bad boy, who recently announced his retirement, made the rounds last week at a Stuart Weitzman event in New York, in support of the Children’s Hospital Boston. “I would have worn a pair of [Weitzman] heels if I had them,” he quipped, but Avery instead chose Pierre Hardy loafers. The athlete and former Vogue intern, hinted that his next gig might be at a major advertising firm. “I’m not allowed to say that I’m going to retire yet, but I have a new job,” he said. And the fashion biz could be in his future as well, as more athletes pair up with designers (think Shaq’s footwear line). “Athletes are generally interested in [fashion],” Avery said, adding that his favorite collab hasn’t hit the market yet. “I like Kanye West and his shoe for Nike.”

Hole in One
Footwear heavy hitters are about to test their skills on the green. The Two Ten Footwear Foundation and Nine West will host the Seventh Annual New York Golf Tournament next month. On May 7, executives and members of the shoe community will travel to the Alpine Country Club in New Jersey, where they may or may not battle for a winning score. “While there are those who are competitive and always want to win, I think everyone wants to have fun,” said David Stamberg, New York golf committee chair. Jim Issler, CEO of HH Brown, was one of the first to sign on, although he’s not confident about winning. “[My playing style] is indescribable and not to be copied, which translates to a low skill level,” he joked. “It’s about the camaraderie and the ability to socialize with other industry partners and, most importantly, it’s about supporting Two Ten.” All proceeds from the event will go to the footwear foundation.

Empire State
The Big Apple is about to get a dose of Beverly Hills this summer. Spy caught up with “90210” star Shenae Grimes last week, and now that her CW show has wrapped shooting for the season, the actress is headed to New York for a top-secret fashion project. “I’m not ready to break any news, but I’m going to be living in New York, working on some fashion stuff,” said Grimes, who hosted Chinese Laundry’s denim launch party in Hollywood last Tuesday. “I’ll be interning again. I’ve always been into fashion. I interned at Fashion Television before I even got ‘90210,’ so it’s definitely in my bones.” And Grimes was equally tightlipped when it came to the show’s season finale, though she said it’s a can’t-miss episode. “It’s definitely worth watching, and there is an awesome cliffhanger,” she said.

Animal House
Patti Silver rocked the Los Angeles Zoo last week. The former owner of Fred Segal Feet and passionate animal-rights supporter chose the sprawling zoo to celebrate her 70th birthday in elegant indoor/outdoor style. Husband Stanley Silver gathered friends, family and a smattering of industry types for a rolling party that saw guests having cocktails and dinner next to giraffes, elephants and gorillas. The Silvers, big supporters of the zoo’s efforts to improve the animals’ habitats, were particularly excited to show off the new elephant exhibit, complete with a freshwater lake they recently donated.

Style File
Former Vogue senior accessories editor Filipa Fino is launching her hotly anticipated digital magazine this week. Aptly named “Fino File,” the interactive seasonal pub will allow Fino fans to shop as they read. “It’s very exciting,” she told Spy at the Pour La Victoire and Kelsi Dagger preview at New York’s Chambers Hotel last week. “I want to bring video and movement [to accessories] and integrate photography, but not in the classic way.” Fino, who is working as a consultant for the two brands, noted that they would make appearances in her new mag. “Kelsi Dagger has great weekend styles for the downtown girl,” she said. “[Pour La Victoire and Kelsi] provide the quality of a high-end shoe and fun design and bring it all together at a great price point.”