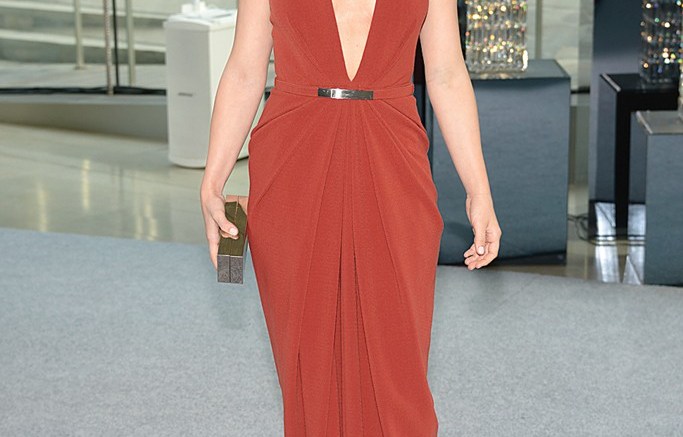 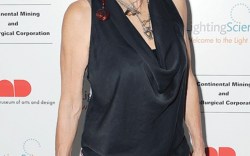 Perfect Pair
Ryan Seacrest is a fan of Christian Louboutin — or at least when the designer’s styles are on girlfriend Julianne Hough. When spotted in a nude look from Louboutin at the CFDA awards last week, Hough admitted she receives a bit of persuasion on her shoe choices from her significant other. “They are Ryan’s favorite. The red bottom just kills him,” she said. But Hough was able to mix it up in other styles while on set for “Rock of Ages,” hitting theaters this week. “I wore all vintage boots from the 1980s,” she said. “But I wore a few stripper shoes, too, so it was interesting.”

Pat’s Plans
It’s time for some rest and relaxation. Pat Field is looking forward to taking a breather after the hustle and bustle of moving her Soho store into an expanded retail space. “My friends — two jewelry designers — are opening up a store in Capri, and they have invited me to [go],” she said at a recent event. “If I go to Capri, then I’ll also fly over to Athens, where I have many friends. It’s like a second home for me.” But the fashion icon added that summer won’t be all about jet-setting. Field is delving into yet another style endeavor: home decorating for private clients. “I’m dabbling a little bit in interior design,” she explained. And she needs comfy-yet-chic shoes to do it all. “I reached a point where I can’t run around all day in high heels,” Field said. “What I wear now is menswear-inspired creepers, and also pointy-toe men’s laceups from Dolce & Gabbana. It’s all about the fabric — a metallic men’s shoe on a woman or a colored snake pointy toe. It’s not about basics at all.”