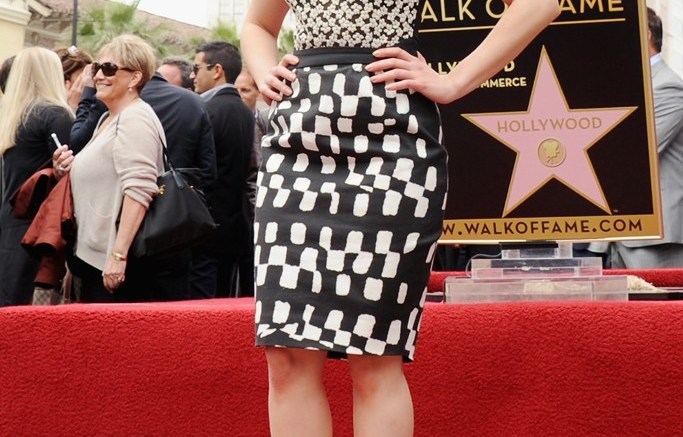 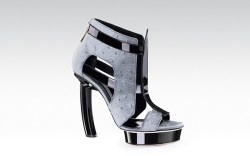 Star Gazing
The star power of Scarlett Johansson is increasing. The “Avengers” actress was the latest to receive a star on the Hollywood Walk of Fame. And for the occasion Wednesday, the actress stepped out in red peep-toe platforms by the red-sole king Christian Louboutin.

American Woman
Carrie Underwood may no longer be a competitor, but she still made a return to the “American Idol” stage. The songstress performed on Thursday night’s top five results show episode wearing Gio Diev heels. The gray ostrich and black patent sandals peeked out between the slit in her flowing white dress.

Mother’s Day
Josh Radnor became a fan of Clarks while on set. The “How I Met Your Mother” star said that during seven seasons of filming, a pair of the brand’s Desert boots still stand out as his favorite. “I made them give them to me,” he said. And Radnor, who will star alongside Elizabeth Olsen and Zac Efron in “Liberal Arts,” based on his own screenplay and out in September, gave a hint about the footwear on that set as well. “Zac wears Toms Shoes the whole movie,” he said.