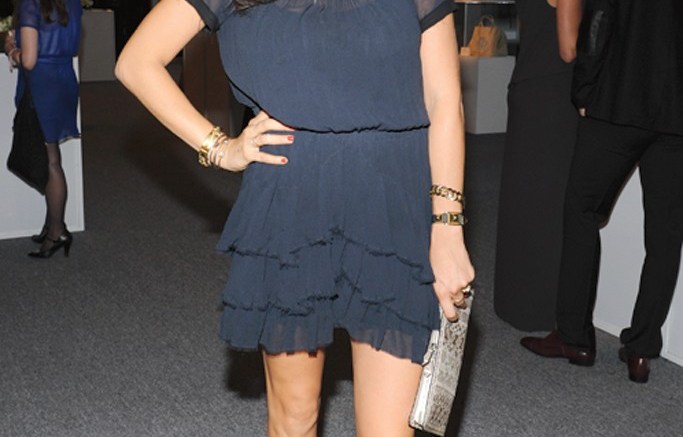 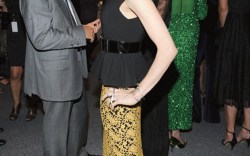 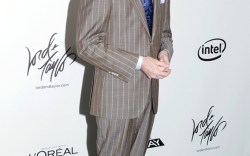 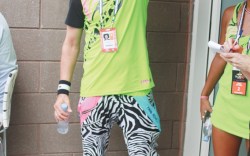 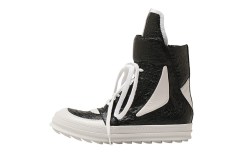 Runway Ready
Ready, set, go. With New York Fashion Week under way, designers at last week’s Style Awards had their minds on the runway. Rebecca Minkoff offered up some survival tips for making it through the week, including “drink lots of water!” But spending time with her son, Luca, is also on the agenda. “I have as much time with him as I can possibly squeeze in; then I don’t think about being nervous, and that’s helpful.” Alice & Olivia designer Stacey Bendet was hoping to use any of the little free time she had to see some friends’ shows. “I would love to support Cynthia Rowley and Rachel Roy, but it’s hard to break away from the office.” It isn’t just about the shoes on the catwalk — the front row should have plenty of eye candy as well. Celebrity stylist Phillip Bloch, who named Jason Wu, Prabal Gurung and Charlotte Ronson as a few of the shows he’ll attend, said he will sport his Nike IDs throughout the week. For women, the choice is a bit more challenging. “As a guy, you can have the comfort and keep it chic, but for the women, it’s hard with all those heels,” said Bloch. “Platforms are really in, and ballet flats are cute, but they don’t [make a statement.]”

Big Debut
Add Matthew Williamson to the ever-growing list of ready-to-wear designers jumping into the footwear game. After collaborating with a number of big footwear names — Charlotte Olympia, for one — on the runway during past seasons, the Londoner is said to be bowing a full shoe collection for spring ’13, Spy has learned. Williamson tapped emerging designer Joanne Stoker to collaborate on the line, which will play up the bright colors and embellishments the designer uses heavily in his ready-to-wear line. Major department stores got a preview of the shoe collection earlier this month in New York — and look for Williamson to make a splash during London Fashion Week.

Make It Work
Tim Gunn never underestimates the power of fierce footwear. While footwear design isn’t a challenge that Project Runway contestants face, the TV show’s celebrity design consultant said the right shoes are still imperative to any look the fledgling designers create. “We all know you can’t walk just apparel down the runway,” Gunn said during a packed celebration of Project Runway’s 10-season anniversary, held at Lord & Taylor last week. “Footwear is essential.” Does Gunn try to influence what the models put on their feet? “Never,” he said, adding that they take their pick from brands provided by Lord & Taylor. “It is always their own decision.”

Tennis Anyone?
When electro hip hop artist Redfoo (Stefan Kendal Gordy) isn’t in the recording studio, he can likely be found on a tennis court. When Spy caught up with one half of the famed duo LMFAO, son of Motown founder Berry Gordy, he said his passion for the game has inspired him to add tennis apparel and footwear to his Party Rock line. But while the apparel portion of the collection is already in the works, he is still shoeless. “I’m looking for a partner,” said Redfoo, while sporting a pair of neon Asics sneakers. Potentials include California-based K-Swiss and Asics, hinted Redfoo.

Launch Party
Camilla Skovgaard may be known for vertiginous, urban-chic stilettoes for women, but she’s dipping her toes into men’s footwear as well. Next month, the statuesque Dane will launch men’s shoes in stores such as American Rag Compagnie in Los Angeles and Newport Beach. Styles include black-and-white trainers with graphic shapes and patterns. “I’m making them for women, too. I do like something you can walk in, you know what I mean? It can’t be all stilettoes all the time,” said Skovgaard, while at The Hole gallery in Manhattan for a screening of a short film starring Skovgaard’s Flame stiletto sandals. Skovgaard will also launch a handbag collection this fall using faux crocodile leather.

Family Guy
He’s back. Danny Silvera, known for his sunny salesmanship and cool California vibe, has returned to Dynasty Footwear after moving to Germany for two-and-a-half years. Silvera has returned to working alongside his father, Jack, in what he jokingly called “a testing period — we’ll see if he likes me.”

Curtain Call
Charlie Chaplin is heading to Broadway. Chaplin the Musical, which opens today, follows the life of the legendary actor and director — with standout shoes to match. For a production that spans from 1890 to 1970, the play’s costume designer, Amy Clark, said that when searching for footwear looks, period-specific styles were key. “The character’s shoes were all custom-built,” she said. Here, Clark sounds off on shoes fit for dance and behind-the-scenes design work.

What are some key styles worn by Charlie Chaplin’s character?
“He walks on a tightrope — and Chaplin wore oversized shoes. So we played with proportion and with people’s expectations of normalcy. We used a pair of Stacy Adams to do an onstage quick change for our actor to perform in. There are a lot of lace-up oxfords, two-tone blacks and grays, white-and-gray suedes and leather in different shades of black and gray.”

Were the dance scenes a factor when making your footwear picks?
“For most Broadway shows, we build dance shoes to look like street shoes and fashion. [The process] is so specific — every dancer is different. Most of the styles are custom-built by different shoemakers in New York, including a dance-shoe store.”

Any other behind-the-scenes fashion moments?
“It’s always tricky to find a shoe that doesn’t feel too contemporary or scream modern fashion. When you look at the history of shoe silhouettes, there really is an evolution. There is a company called Remix that does a great ’40s-looking heel. If we fell in love with a silhouette, sometimes we would just paint it to make it fit into our world, stenciling patterns.”