FN Spy: Roommate Wars… All in the Ciccone Family 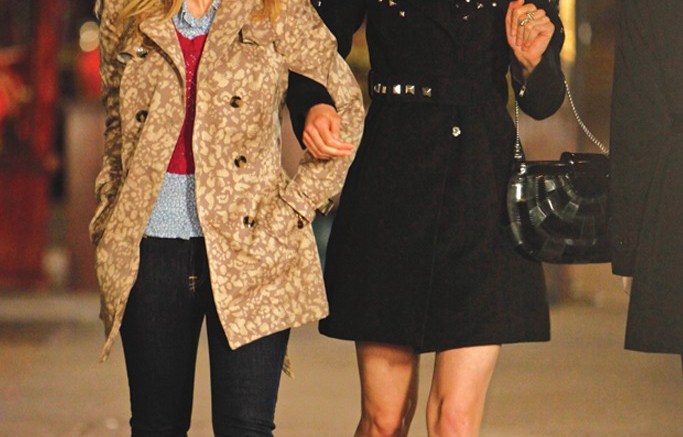 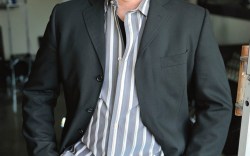 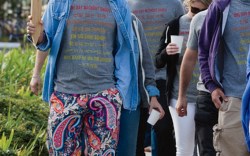 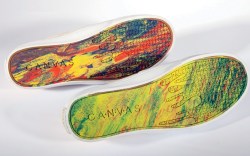 Roommate Wars
What happens when a girl from the Midwest moves in with a heartless New York party girl? A battle of wits and competing wardrobe choices, according to costume designer Leah Katznelson. In the new ABC comedy series “Don’t Trust the B—- in Apartment 23,” which premiered last week, roommates June and Chloe, played by Dreama Walker and Krysten Ritter, respectively, tackle major lifestyle adjustments, though always in standout footwear (and with Chloe’s best friend, who happens to be James Van Der Beek, appearing as himself). And Ritter and Walker were also together off camera last week for an exclusive screening of the show, hosted by Alice & Olivia. As for whether Ritter shares any style similarities with her character, the actress said they have a lot in common. “My character wears a lot of Alice & Olivia. A little dark, goth girl — ‘Beetle Juice,’ that’s my jam,” said Ritter, wearing a black lacy cocktail dress.

Here, Katznelson sounds off on styling the domestic competition on screen and outfitting a teen icon.

How did you distinguish the footwear styles of Midwesterner June and city-girl Chloe?
“I started by thinking about where the character would actually shop. A lot of June’s things are at a slightly lower price point — she wears a lot of low heel wedges and that kind of thing. Once she gets her groove in New York, we amped it up a little bit in terms of the heel height and the fashion factor. A lot of June’s boots were from Urban Outfitters. She wore Ivanka Trump heels and wedges quite a bit. [Chloe] wears much more high-end [footwear]. She wore a lot of Rebecca Minkoff and Jean-Michel Cazabat.”

Since Van Der Beek plays himself, did you use brands he wears in his daily life?
“Well, he’s playing a caricature of himself. There’s definitely an element of his personal style, which is very cultivated, but it’s also a character. He wore a lot of John Varvatos footwear and had a pair of Rag & Bone sneakers.”

All in the Family
Madonna’s Truth or Dare footwear line will soon have some competition. The pop star’s brother, Christopher Ciccone, will launch his namesake line, Ciccone, later this year. “How does one really compete with Madonna? I just want to make great shoes. I’ll send her a complete set so you’ll see [the line] on the red carpet,” said Ciccone, who is again on speaking terms with his sister after his controversial tell-all book. The collection of about 26 styles, which is being produced by Slovakia-based Novesta, will include rubber footwear and canvas sneakers for women, men and children. The idea came from a pair of wingtip shoes Ciccone already owned. “I started thinking about using different materials to create classic styles,” he said. Ciccone, who spent years as his sister’s tour director and has worked in interior design and film, has long had a front-row seat to the fashion business. “Fashion has been a part of my world since Madonna started on stage,” he said. “I did my best to imprint my artistic visions, the way I paint and design furniture.”

Batter Up
Toms Shoes founder Blake Mycoskie was all about opening day last week. “The [Texas] Rangers look good again,” he said of his beloved team while at an L.A. event for his brand’s fifth One Day Without Shoes. “I think we have a real opportunity this year.” Any chance of combining his two passions — baseball and giving away shoes to needy people — at, say, a Day Without Cleats game? “It’d be a little hard to run the bases, but it’d be fun,” he said. “I like it.”

Master of Ceremonies
Nick Cannon is a footwear junkie, maybe even more than his wife, Mariah Carey. “I have more shoes because I collect them,” Cannon joked. “She wears them and gets rid of them.” And because he’s a footwear fan, Cannon signed on as brand ambassador for the new line Project Canvas, which was launched this spring by Vida Shoes International. To fête the collection, he even served as DJ for a party at the company’s New York showroom last week. “I like controlling the vibe of the party,” said the actor. But Cannon won’t be the last celeb to partner with the brand. Project Canvas is expected to announce collabs with the likes of Cee Lo Green and possibly Mariah herself in the coming weeks.