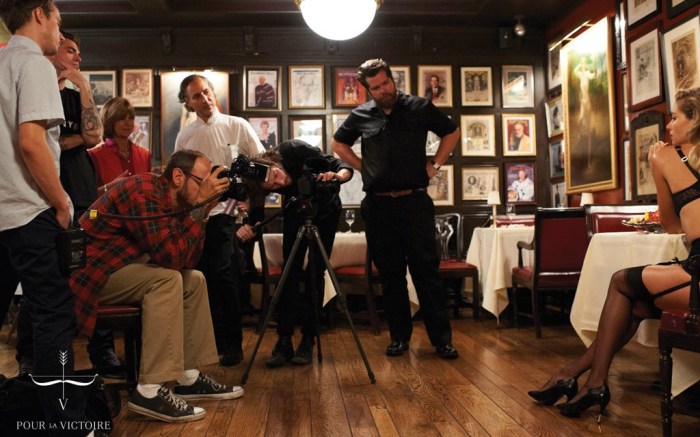 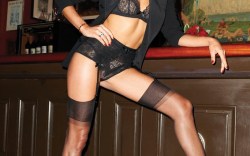 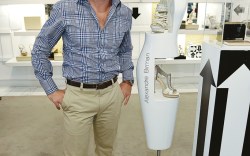 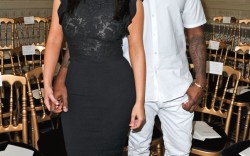 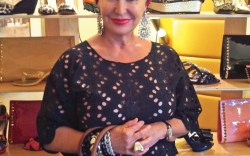 Learning Curve
Strike a pose. Spy spotted model Jessica Hart posing for Pour La Victoire as the face of its holiday and resort campaign — a first for the brand. And to coincide with the larger rebranding efforts announced earlier this year, the company tapped Terry Richardson to photograph the campaign. “For the past few months we have been conceptualizing the PLV woman through rigorous research, and Jessica Hart embodies that woman,” said co-founder and creative director David Giordano. “She’s timeless and sensual, she’s confident, she’s spirited and she’s empowered. Terry’s images brought our women to life.” Marketing guru Richard Kirshenbaum, CEO of NSG/SWAT, has also signed on as the company’s official agency. The campaign launches this month in trade publications, followed by national consumer magazines and digital and outdoor placements. The concept behind the campaign is “What I Learned,” said Kirshenbaum, adding that this refers to the PLV consumer “who values sensuality over just pure sexuality and who really values great product.” Giordano added that this is a big step up for the brand. “We’re approaching this like a luxury house, with the discipline, the model, the photographer,” he said.

Competitive Nature
Alexandre Birman’s main passion in life might be women’s footwear, but the designer also has another love: Ironman competitions. “I started in December, and I have done two half-Ironman [races] so far,” Birman said. In fact, although the designer is spending more time in New York to push his shoe brands, his first order of business on his most recent trip to the U.S. was completing the half- Amica Ironman in Providence, R.I. last month. “It was really hard, and there were a lot of mountains,” the designer said. “I came in No. 2 in swimming and No. 27 [in my age group] overall.” But even the demanding schedule of a race competitor can’t stop Birman. “I spend about two hours a day training, no matter where I am,” he said. “I really love it.”

Celeb Power
Are Kim Kardashian and Kanye West diving further into the shoe biz? If the rumor about a co-branded line is true, it could mean powerhouse sales for the launch, according to Howard Bragman, vice chairman of Reputation.com and a longtime Hollywood publicist. “The potential is huge. They are both brand names that have separately sold millions of dollars worth of product. Kim knows the shoe [industry] and it makes a lot of sense. This could be a case of one plus one equals three,” Bragman said. But what else will it take besides the power of a household name? “They need to decide who their customer is and make sure the price point is right,” added Bragman. Buzz began circulating in the media last week that the couple met with PPR CEO François-Henri Pinault for a new footwear project, although neither of them is new to the industry. Kardashian helped start Shoedazzle.com and West has collaborated with Giuseppe Zanotti and Nike (his Air Yeezy 2 sneaker sold out in June). Shoedazzle.com CEO Bill Strauss, who has worked closely with Kardashian, said she has helped attract millions of users. “Kim’s amazing sense of fashion, Hollywood appeal and savvy head for business will surely lead to continued success in the design industry,” he said.

Jet Setting
Beverly Feldman is a fine diner. The designer has been spending most of the summer at her Spanish home in Alicante, indulging in Mediterranean fare. “There are a tremendous number of restaurants in my hometown,” she told Spy. “It’s really spectacular.” According to Feldman, Monastrell, led by chef Maria José San Román, is her favorite. “It’s hard to come back to New York,” she said. “The food is not the quality I’m used to in Europe.” But Feldman admitted she’d rather dine in the Big Apple than Hong Kong, where she recently spent three weeks. “All I had was Ben & Jerry’s,” she quipped of her trip.

On Air
Nicole Richie is all about a good cause. The celebrity designer, who was announced as the spokesperson for QVC’s FFANY Shoes on Sale event earlier this year, is now the face of the PSA for the charity event. The spot, which will hit magazines in September, shows Richie sporting a pair of embossed pumps from her House of Harlow 1960 line — in pink, of course. (The proceeds from the October event in New York and on-air QVC sale benefit breast cancer research.)

Hang Ten
Surf’s up for Ce Ce Chin. The 80%20 designer is making time for a trip to Montauk on Long Island before summer slips away. “I like to rejuvenate between each [market],” she said. But it won’t be all relaxation. Chin plans to hit the waves, picking up surfing again after a short hiatus. “Lugging my board [to and from] the city was too much,” she admitted. Nonetheless, Chin is eager to hang ten. “We’ll have some fun in the sun,” she said. “While the sun is still out!”

Home Sweet Home
Rem D. Koolhaas is in nesting mode. Not only did his footwear brand, United Nude, recently move into its own New York digs, but Koolhaas’ wife gave birth to the couple’s third child, daughter Mila, last month. To make way for the new addition, the family is renovating its Hong Kong home by the sea, a project that’s four months in the making. “We spend every weekend there,” the Guangzhou, China-based designer said. “You can go right outside and swim in the ocean.”