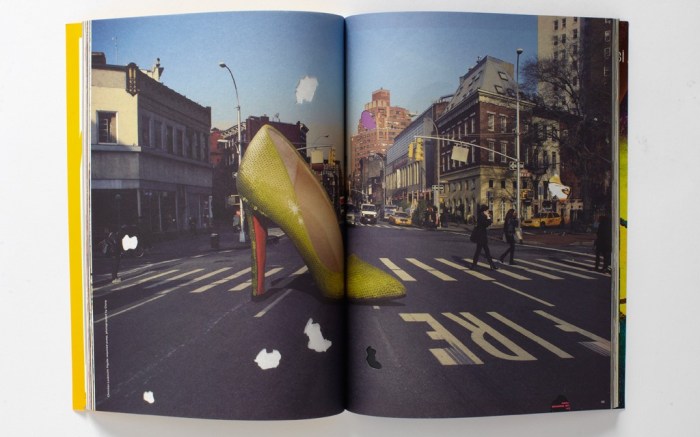 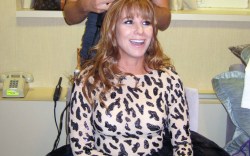 The Exhibitionist
Hong Kong-based retailer On Pedder is putting itself on show. To capitalize on Asia’s strong shoe moment, it is holding an exhibition aptly titled “Exhibitionist,” an 11-season retrospective of its in-house catalog called Pedderzine. “There is a lot of strength in the market. [Be it] Toms, Sam Edelman, Tory Burch, Stuart Weitzman, Nicholas Kirkwood, Charlotte Olympia, Alexander McQueen or Christian Louboutin, our customers are choosing vertically across our edit,” Peter Harris, president of Pedder Group, told Spy. “[These] brands are providing seasonal newness through design, color and materials. [The Pedderzine] has and continues to be a unique voice that explores the underbelly of the world of footwear design.” Exhibitionist launches in Hong Kong Friday and will head to Singapore on Sept. 28, through Oct. 19.

Easy Breezy
It’s an accessories moment for Jill Zarin. The ex-cast member of “The Real Housewives of New York” debuted her jewelry line at Lord & Taylor this month, a collection she designed for multi-use. “It has lots of colors, like gold, black and silver, so that when you travel you can bring one set of jewelry,” Zarin said. But that doesn’t mean she can’t have a star moment as well. When asked about her return to TV, Zarin confirmed working on her own reality show, but was mum on whether it would be as a housewife. “Nothing is finalized. I wanted to see how the show did this season, and the consensus has been that a lot of people want me to come back on television,” said Zarin, who was given the boot by Bravo after season four, alongside Kelly Bensimon and Alex McCord. Either way, Zarin said she’s focused on her jewelry line and taking the time to travel to gain inspiration. “The next collection is going to be Hamptons, St. Tropez — based on destinations and places I go,” she said.

Around Town
Audrey Kitching, fashion blogger and current face of Irregular Choice footwear, experienced some serious shoe envy during New York Fashion Week — and it wasn’t about the styles she spotted on the runway. “I saw someone at Lincoln Center wearing the Prada from last year with the chandeliers on them, and those are the most amazing shoes ever,” Kitching told Spy. “Barney’s Co-Op was having a clearance sale, and they had those exact shoes marked down to under $400, but I was out of town and I couldn’t buy them. [Seeing them at Fashion Week] was a reminder of how I much wanted them.”