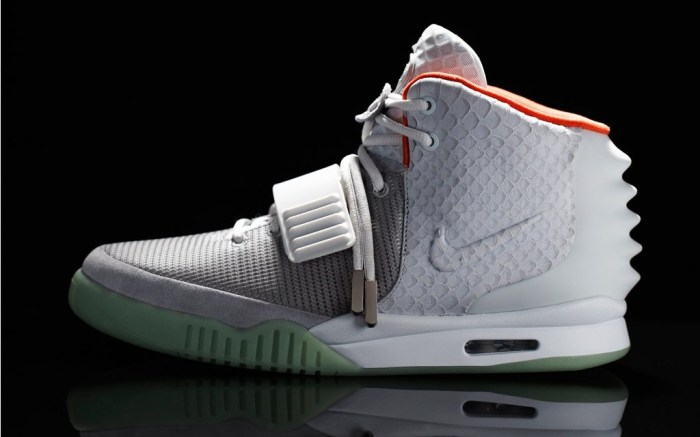 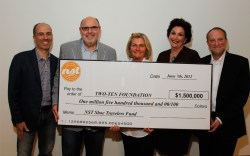 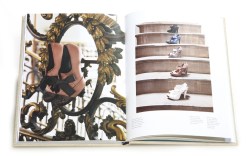 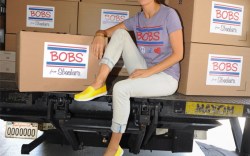 Popular Demand
Drooling sneakerheads are anxiously awaiting Nike’s latest must-have: The Kanye West-designed Air Yeezy 2s. Scheduled to drop on Saturday in extremely limited quantities, the lines for the shoes have already been reported around the country in Los Angeles, Detroit, New York and more. But while having a major queue outside the store is basically a good thing, two retailers told Spy they also equal bad news because so many customers will inevitably be disappointed. “We don’t want them to line up!” said Todd Kirssin, DMM of footwear for Baltimore-based DTLR. Concentrating the shoes at one location in downtown Baltimore, Kirssin said the store would raffle off the chance to buy the limited pairs they had available. “It’s the only way to do it fairly,” he said, adding that the store had hired extra security for the early opening. Clyde Edwards, creative director at Mr. R Sports and founder of Insidethesneakerbox.com, said he hadn’t decided yet how his shop’s allotment would be divvyed up — but it wouldn’t be first come, first serve. When the first campers showed up last week, he said, he sent them away.

Checking In
National Shoe Travelers formally presented Two Ten Footwear Foundation with a $1.5 million check Thursday during its board of directors meeting in New York. “We are thrilled with our blossoming partnership with NST,” said Two Ten President Neal Newman. “This is an exciting opportunity to create something meaningful and lasting for shoe reps in the U.S. at a time of economic uncertainty.” Funds will go to support counseling, scholarships and emergency financial support for independent shoe reps. Where will Two Ten put the novelty check? “The giant check will hang proudly in our conference center in Waltham, [Mass.], later in the year after FN Platform,” Newman said.

Family Ties
Pedro Garcia and his son, also named Pedro, were full of praise for each other at a party Wednesday celebrating the launch of the elder Pedro’s book, “Pedro Garcia, Three Generations of Shoemakers.” The author took time out from signing copies of the tome to tell Spy how proud he is of his son, who serves as creative director of the family footwear brand, as well as his daughter, Mila Garcia, the company’s CEO. “I tried to show them the beautiful parts of shoemaking,” he said of keeping his children interested in the business as they grew up. He also gave credit to Mila and Pedro on the cover of the book, with the imprint, “I am grateful to my children for doing a good job.” The younger Pedro said his father passed down more than a strong work ethic — the two also share a passion for sailing. “When I was younger, every weekend we would spend time together on the boat,” the creative director said, “so now for me it is natural to have my own [boat].”

Million Mark
The Bobs line by Skechers has hit a milestone. The Manhattan Beach, Calif.-based company donated its millionth pair of kids’ shoes as part of its charity focus. For every pair purchased, the brand gives another away to a needy child in the U.S., Central America, Africa or Southeast Asia. For her part, Brooke Burke will be involved in a new campaign for the Bobs line across online media, print, social media and TV. “As a mother of four, [Brooke] is extremely passionate about causes that help children in need and has supported several of Skechers’ charitable endeavors,” said President Michael Greenberg. “Bobs is our largest charitable program to date and we’re thrilled to partner with Brooke to give back and help millions of children in need around the world.”