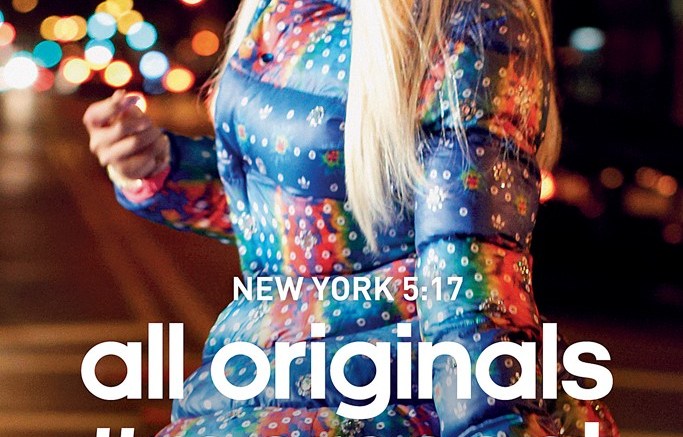 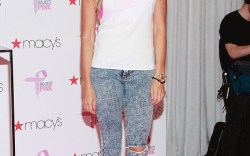 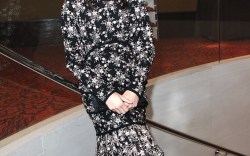 All In
Spotted: Nicki Minaj strutting her stuff for Adidas. The songstress, known for her over-the-top fashion sense, has been tapped by the brand as a member of its “All Originals Represent” campaign, Kelly Olmstead, director of brand marketing for the sport style division, told Spy exclusively. “She is a great example of an original. She’s so creative and she’s really defining a new voice for women about being who you are,” Olmstead said. “The word ‘style’ reaches a whole new level when you hear ‘Nicki Minaj,’ and she’s another great asset for the brand to connect with kids.” As part of the ads, which roll out Wednesday on networks such as MTV and ESPN, Minaj joins artists and athletes Big Sean, 2NE1, Derrick Rose and Jeremy Scott (Katy Perry and David Beckham have been featured in the past). And in addition to print, TV, digital and in-store spots, Minaj will release her latest single, “Masquerade,” a track written exclusively for Adidas. But it doesn’t stop there. A contest will also be held asking consumers to upload photos and videos showcasing how they represent Adidas. Once the votes are in, the winner will be awarded tickets to the MTV Video Music Awards in September, where the brand will host additional activities.

Think Pink
Ashley Tisdale isn’t your typical celebrity in stiletto heels. The singer and actress told Spy her summer staple is a pair of cowboy boots. “I do love heels, but if I can’t wear [pumps], I’m really good with that,” said Tisdale. “I like flats and I wear a lot of booties with dresses.” Her most recent purchase? A pair of slouch chukka boots by Isabel Marant. But Tisdale often throws Puma sneakers into the mix as the ambassador for the brand’s Project Pink. The initiative, now in its third season, will donate sales proceeds from its Project footwear and apparel to a Breast Cancer-related charity to be chosen by consumers. The starlet just shot the PSA for Puma last week and will continue with personal appearances to support the cause. “I love all the colors by Puma and I work out a lot, so the [sneakers] go to use,” said Tisdale.

Fashion Forward
Rising footwear star Tabitha Simmons has gotten plenty of attention this year, and now she’s vying for another big honor: the CFDA/Vogue Fashion Fund award for emerging talent. “I will try not to get flustered. I’m so nervous,” said Simmons, who presented to the award committee last week. “It’s such a great honor to be recognized within the industry, and the prospect of having someone mentor me is what I am really excited about.” (The winner will receive funding for their business and mentoring from Vogue and the CFDA.) As part of the contest, Simmons also will present her spring ’13 line at a fashion show in Los Angeles later this year. If Simmons takes home the prize, she joins the ranks of previous winners such as Alexander Wang, Joseph Altuzarra and Billy Reid. But the designer won’t let the nomination consume all her time this summer. “I’m working on preparing the new spring collection and taking some time with my family in August,” she said.