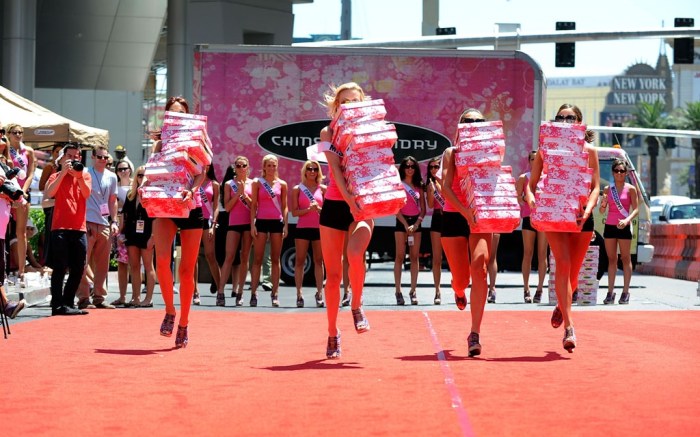 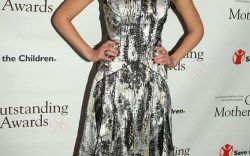 Finish Line
It was a race to the finish in Las Vegas on Tuesday, but with a twist. Fifty-one contestants from Miss USA ran the Chinese Laundry Wedge Run in, appropriately, Chinese Laundry wedges. The pageant competitors were joined by actress Dania Ramirez as the host. The Chinese Laundry team, including brand EVP Stewart Goldman was also on hand. (The brand is the official footwear sponsor of the 61st annual Miss USA and Miss Universe competitions). The race started outside the Planet Hollywood Resort & Casino, where the women sprinted 30 yards across The Strip, not only wearing wedges, but also carrying multiple shoeboxes. Miss Missouri, aka Katie Kearney, beat the pack and won the prize of a $2,000 donation to the charity of her choice: St. Louis Cardinal Glennon Children’s Medical Center. As for who will win the Miss USA title, the competition airs June 3.

Dress Up
The red carpet looks donned by Jessica Alba may someday make a comeback. The actress told Spy recently that she’s been saving her couture looks for years now. “I’ve archived them for my girls so they can play dress up,” she said of some of the styles by Gucci and Michael Kors. The real question is will they get the shoes, too?