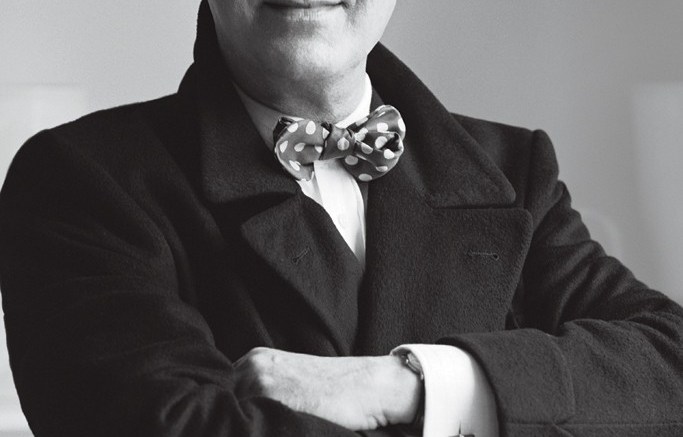 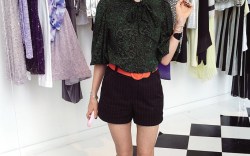 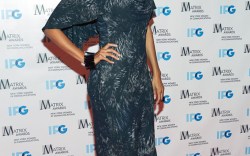 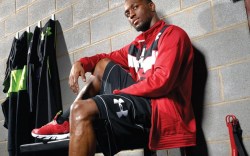 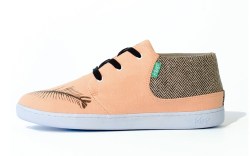 Summer Sound Off
Even busy designers need a break. Alice & Olivia’s Stacey Bendet is planning a 10-day vacation in Malibu this summer followed by a trip to Japan for work. “Malibu is for relaxing, Japan is … not so relaxing,” she quipped. Bendet also will make local trips to the Hamptons to check out her East Hampton pop-up shop and spend time with family. Meanwhile, Jerome Rousseau is jetting off to Quebec to see his family in the Lac-Saint-Jean region. “I look forward to eating in my favorite Montreal restaurants with old friends, and I can’t wait to return to my family’s cottage in the forests of northern Quebec,” said the designer, adding that he also has a new nephew waiting for him. “I plan on turning into super-uncle for a week.” And up-and-comer Sophia Webster, who was just awarded a NewGen sponsorship from the British Fashion Council to fund her London Fashion Week exhibit in September, will be in Brazil for both work and play. “I am hoping to squeeze in some fun. My boyfriend will meet me there and we’ll spend some time in Rio de Janeiro,” said Webster. “I am super-excited because so far the most I have seen of Rio is the departures lounge.” But Manolo Blahnik is imagining a trip on a smaller scale due to his hectic schedule. “If I could, I would go just with my dog to some small village where there are very few people,” he said. But if the designer does stay put this season, he told Spy he was looking forward to catching the flick “Cosmopolis” featuring Robert Pattinson and Juliette Binoche.

Wild West
Strike a pose. “America’s Next Top Model” judges Tyra Banks and Kelly Cutrone will soon be walking in Nine West footwear when the reality show airs its 19th season in August. “Kelly will be wearing Nine West in almost every episode, probably in black,” said Richard Dickson, president and CEO of branded businesses for The Jones Group Inc. Cutrone is no stranger to Nine West. The power publicist teamed up on the brand’s “You’ve Been Prom’d” contest earlier this month and was appointed a brand ambassador for future projects. Dickson also is a fan of Banks and said he was looking forward to spending time with the model on set. The winner of this season of “ANTM” will be featured in a campaign for the brand.

Kemba’s Frenemy
Kemba Walker has a love-hate relationship with fellow Under Armour endorser Brandon Jennings. Walker, who plays for the Charlotte Bobcats, told Spy the dirty details about how he gets along with the Milwaukee Buck player on and off the court. “We hang out and work out together during the summer, but when the NBA season comes around, we’re both trying to rip each other’s heads off,” he said of Jennings. “We’re both competitors, and after the game we’re back to being friends again.” Walker will be sporting some new threads when the two players face off next season, as the Bobcats — who set a record for losses — debuted their revamped uniforms last week. “It’s like a new start for us,” Walker said of the jerseys. “We’ll have a new coach, new uniforms and possibly some new players on our team next year, so I’m excited.” But the player remained mum about what footwear he’ll be rocking next year. “I don’t want to say too much, so you’ll just have to wait and see,” he said.

Friend in Me
Bon Iver frontman Justin Vernon may be great on stage, but he’s equally good at the drawing table. Una Kim, founder of the Los Angeles-based Keep brand, teamed up with Vernon on a single sneaker style and said that the Grammy Award-winning artist was both down-to-earth and effective. “He was very decisive, which is the most important thing with collaborations,” said Kim, who added that Vernon is one of her favorite musicians. “What could be better than working with bands we love while helping causes we believe in?” The $75 shoe, which benefits the Best Friends Animal Society, is available for pre-order at Keepcompany.com and will ship in October.