FN Spy: Manolo on the Olympics… Competing at Pensole 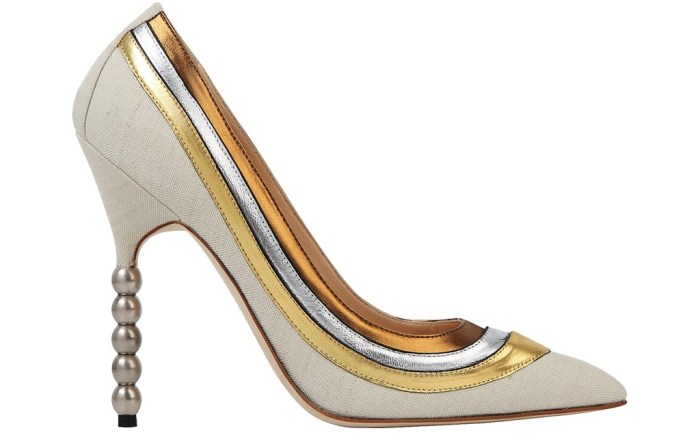 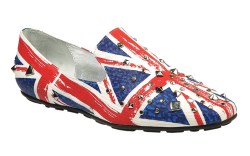 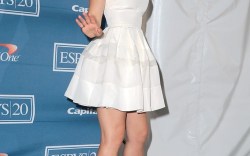 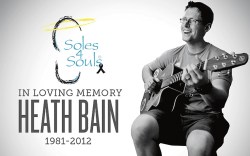 Opening Ceremony
London is calling for several designers. Taking inspiration from Greek columns, the Epidaurus amphitheater and winner’s medals, Manolo Blahnik created three styles in honor of the 2012 Olympics. “I love Ancient Greece and everything about it, so I often read books and look at albums full of ancient art, sculpture and architecture,” the designer told Spy. Aruna Seth also crafted a shoe for the games, having already designed a limited-edition style for the Queen’s Diamond Jubilee. “It features a lot of sparkle, and we’ve incorporated the Olympic rings design using jewel-toned colors,” she said. “It’s a dazzler that’s sure to please customers, and of course, we would love to have some of our British athletes sporting the shoe as well.” And Jimmy Choo is representing its British heritage, too, draping a Union Flag design on a women’s and men’s slip-on style, as well as clutches, small leather goods, sunglasses and scarves.

Assembly Required
Pensole is getting creative. The Portland, Ore-based footwear design school kicked off its Future of Footwear competition this month, and founder D’Wayne Edwards is ready to put 20 young designers to the test. “I usually have my students work on obscure products that aren’t at retail,” Edwards told Spy. One of the tasks will be to create a kids’ shoe for Skechers that children can assemble themselves. “It’s going to be interesting how the students pull it off.” Ten of the 20 finalists will show their designs at FN Platform in August, and contenders will blog about their experience on Futureoffootwear.com.

Neon Lights
Jessica Biel was all about hot heels at the sports-driven ESPY Awards last week. Prior to the show, the actress tweeted: “I know the ESPYs are about sports and stuff, but look at my shoes,” she said of her Nicholas Kirkwood for Roksanda Ilincic pumps with a neon platform heel. Biel was a presenter at the ceremony in Los Angeles, where she joined the NFL’s Tim Tebow on stage to give the Breakthrough Athlete of the Year award to Jeremy Lin (aka Linsanity).

In Memory
On a more somber note, the Soles4Souls RV Tour is on hold. RV spokesperson Heath Bain, who was leading the shoe distribution stops across the U.S., died suddenly last week at the age of 30. “He was a beloved team member and had an incredible sense of humor. He was always smiling and lived to help others,” said chief development officer Keith Woodley, who first met Bain and his wife, Melissa, during a trip to Haiti in August 2010. “Our thoughts and prayers are with his [family].” Donations in Bain’s name can be made to Soles4Souls, International Justice Mission or Kiva.