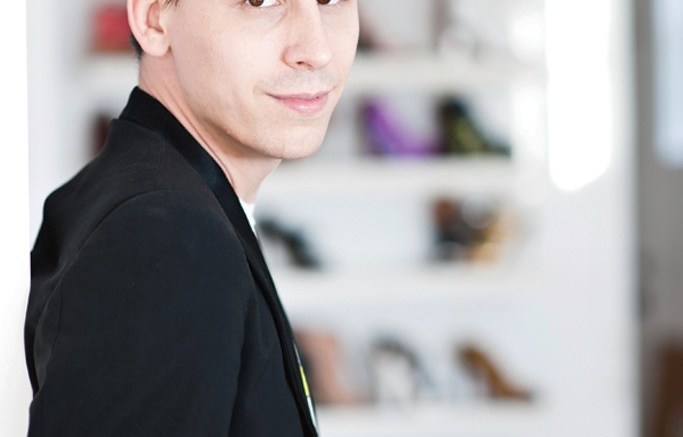 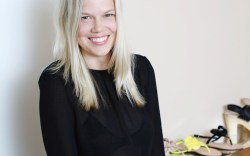 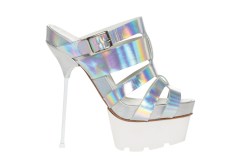 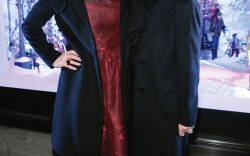 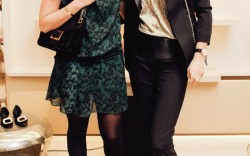 Talking Turkey
With Thanksgiving just days away, designers are gearing up to spend time with family and friends, and enjoy their favorite dishes, too. Jerome Rousseau’s plans include some California dreaming. “I look forward to spending Thanksgiving with photographer Mary Rozzi at her gorgeous Malibu home. It will be an intimate affair with close friends and family,” he said. His contribution to the gathering? “I have a sweet tooth, so I will be baking apple pie and making homemade ice cream.” But Coye Nokes is taking a different approach. “We are not a family of cooks,” the designer told Spy. “We have a system where everyone has to pick a dish. We all have to share in the pain and pleasure so it’s not all on one person.” So what will she whip up? “Cranberry sauce. It is the easiest possible thing to do because it’s just sugar, water and cranberries.” For Loeffler Randall designer Jessie Randall, it’s also a time to reflect on early holiday memories. “When I was little, we would have a big multigenerational soccer game on the lawn,” she recalled. “It would be us kids, and my grandparents and their friends with their cocktails. It was very Wes Anderson.” Meanwhile, Vince Camuto will be taking his family to the Hamptons. “It’s nice and cozy with a big fireplace,” he said. As for Camuto’s favorite dish, he’s sticking with tradition: “I like a nice home-cooked turkey, just like we all do, right?”

British Invasion
Kurt Geiger is popping up in the Big Apple next week in advance of a major stateside push for 2013. The British firm, a division of The Jones Group Inc., will use its soon-to-be-opened retail space on Bleecker Street to show off its trendy brands to select buyers and press. “We wanted to bring a little taste of London to New York for the holidays,” said Kurt Geiger CEO Neil Clifford. “We aren’t selling anything, but we wanted to give everyone a feel for what’s to come.” The store officially opens in January, and Kurt Geiger plans to begin wholesaling its labels — already well-known across the pond — in the U.S. market for fall ’13.

Luck Be a Lady
Megan Hilty, star of NBC’s musical series “Smash,” will celebrate Thanksgiving in a slightly different manner — by partying in the nation’s capital. The songbird is forgoing turkey to perform some of Frank Sinatra’s greatest hits with the National Symphony Orchestra in Washington, D.C. Among the standards on her list is “The Lady Is a Tramp,” “Moon River” and “I’ve Got You Under My Skin.” Hilty, who also sang last week at the unveiling of Lord & Taylor’s Christmas windows, said she is looking forward to a twist on tradition. “My mom and dad are going to come out for the weekend and it’ll be great. Christmas is a big day for us, too. I’ll spend the weekend before with family and the day with my boyfriend and dogs in New York,” said the songstress, clad in black suede pumps by House of Harlow 1960. Of her shoe selection, she added, “I just discovered this brand. They’re really great.”

Parisian Party
Roger Vivier and stylish French women seem to go hand in hand. At a recent party held at the Parisian brand’s Madison Avenue boutique, model and muse Inès de la Fressange and socialite Charlotte Sarkozy spilled their secrets for being effortlessly chic. “Usually, when I wear jeans and feel too simple, I wear heels,” said de la Fressange while in flat, black-and-gold Viviers. “But most of the time, I’m a nicer person in flats.” For Sarkozy, the secret was simple. “Being French,” she quipped, adding that great style is all about balance. “Don’t over do it. It’s a simple dress, beautiful jewelry and not too much makeup.” But de la Fressange had some love for New Yorkers, too. “The women on Madison Avenue are so chic,” she gushed. “I admire their Katharine Hepburn attitude. There’s nothing more elegant.”

Bottoms Up
It’s beer-run time for Mark McNairy. The designer has a new collaboration under his belt with Los Angeles boutique Union L.A. The two designed an exclusive saddle shoe for Heineken. “We tried to replicate the Heineken bottle in terms of a shoe, without it being cartoonish,” McNairy told Spy. The shoes won’t be sold at retail and will be seeded to 100 select tastemakers — pun intended — as a part of the beer brand’s Heineken 100 program. So who will be the lucky ones to get a pair? “I don’t even know if I’m getting the [style] for myself,” Union L.A. owner Chris Gibbs joked, adding that the exclusive list is top secret. “Mos Def is a big fan of the shoes, so I’m campaigning for him to get a pair.”

Glamour Girls
Lena Dunham sure knows how to get attention. The outspoken “Girls” creator and star kicked off her gold Brian Atwood pumps on stage last week at the annual Glamour “Women of the Year” awards. “It was just never going to be OK that way,” she said mid-acceptance speech. Meanwhile, fellow winner Selena Gomez — amid her breakup with Justin Bieber — was swarmed by paparazzi, but she managed to take it all in stride while wearing Rupert Sanderson blush patent pumps. And word on the street is Gomez will get even more attention soon, with a major brand partnership set to be announced this week.