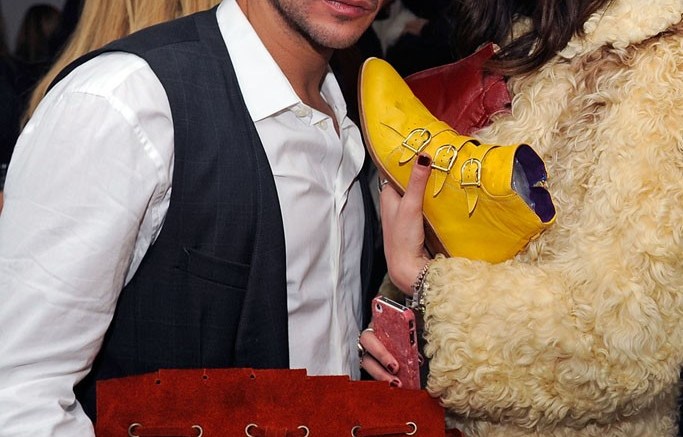 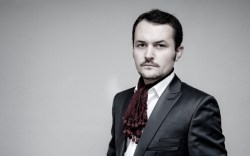 Award Winners
The cat’s out of the bag. The British Fashion Council announced its, “New Gen,” awards and Liam Fahy was among the 14 lucky winners. The group of emerging designers will present at London Fashion Week in February (sponsored by Topshop). “Out of literally hundreds of talented designers, the BFC panel chose us,” said Fahy. “Having their seal of approval is extremely satisfying recognition of our quality and design.” So what does Fahy have up his sleeve for Fashion Week? “Aside from the main collection, we’re working on a one-off special shoe that will have three microchips in each shoe and about 15 feet of wiring,” the designer told Spy. “I [can] say no more, hopefully it will be a surprise.”

Love Train
After tying the knot this year with longtime muse Alessandra, Cesare Casadei’s in a romantic state of mind. With heart-shaped details on a blinged-out “diamond ring” sandal, the two are showing the love. As for the pair’s holiday plans, they’ve opted to ring in the new year at an Italian spa instead of their traditional trip to the Maldives. “We are working so hard to prepare [the fall line] because of the holidays, it’s better to stay close to home,” he said.

New Year, New You
More designers are gearing up for the new year — resolutions and all. Jordan Adoni has wedding bells in mind for 2013. The Adoni Group Inc. co-creative director and Modern Vice co-founder told Spy his resolution was, “to be married or engaged,” by the end of the year. His girlfriend, fashion blogger and shoe collaborator Natalie Suarez, was on the same page. “Marrying Jordan [is my goal for 2013],” she said. For Cloak & Dagger designer and founder Brookelynn Starnes, it’s all about using more hours during the day. “My new year’s resolution is to utilize the morning hours,” she said. “We don’t go into work until noon and I stay up late, but [if I woke up earlier] I could have a full day before I go to work.”