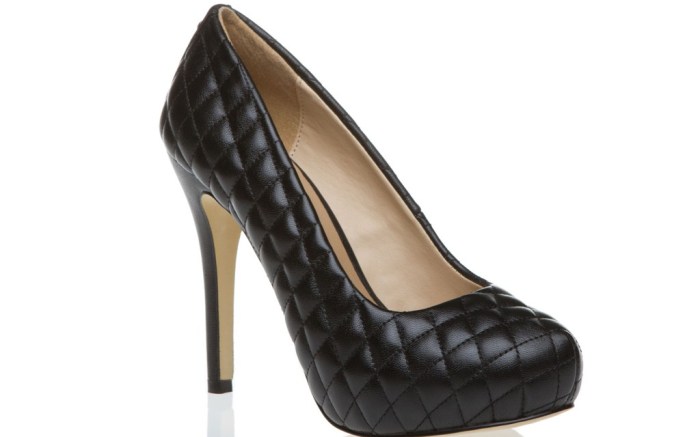 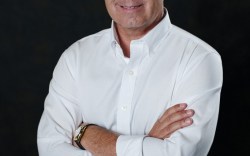 Fit for a Duchess
The Duchess of Cambridge served as inspiration for a pair of pumps recently by an unlikely designer: Kim Kardashian. The reality TV celeb worked with Shoedazzle.com to create The Duchess, a pair of black quilted heels to be sold on the website. “Turning 30 is a big occasion, and we wanted to celebrate that by naming a shoe after her,” said Kardashian, referring to the British royal’s recent birthday. “We wanted something to mirror Kate’s gracefulness and classic look.” So will the duchess herself wear the style? Only time will tell. “I’d love it if she would wear the shoe,” said Kardashian. “That would be such a huge honor.” And Kardashian wasn’t the only personality to connect shoes with the duchess’ birthday. During a recent meeting, Canadian Foreign Affairs Minister John Baird provided her with three styles — two pairs of pumps and a pair of riding boots — designed by Ron White.

Going Undercover
Mark King is headed to prime time. The CEO of TaylorMade-Adidas Golf will be featured in the third season of CBS’ “Undercover Boss,” which premieres Sunday. As a participant on the reality show, King went incognito and worked in the company’s distribution warehouse, manufacturing plant and even demonstrated products with consumers. “You believe [employees] are going to recognize you, so that was definitely one of my anxieties from the beginning,” the executive told Spy. No specific airdate for the episode is set yet, but King said the TaylorMade team will plan a company-wide viewing party for his small-screen debut. “It feels weird knowing you’ll be on TV. I’m definitely telling my friends that CBS had me put on 20 pounds for the show,” he quipped.