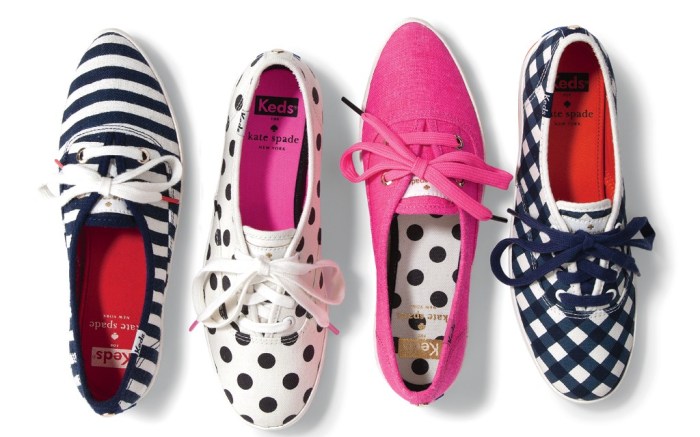 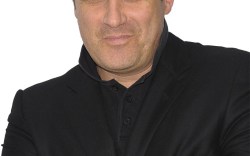 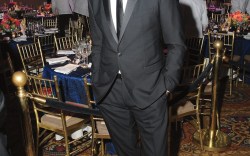 First Look
Will Taylor Swift be rocking other Keds looks besides her own? The iconic sneaker brand has teamed with Kate Spade on eight styles, Keds VP of marketing Stephanie Brocoum told Spy exclusively, adding that the brand’s new spokeswoman would be the perfect celeb to wear a pair on stage. “We were shooting with Taylor a couple of weeks ago and she liked some of our collections that were heavy on pattern, so she’ll adore [the Keds/Spade styles],” Brocoum said. “This collection is really fun.” Keds’ line with Kate Spade (which is marking its 20th anniversary) will be sold in Kate Spade stores, at Nordstrom and on Nordstrom.com starting in February. “We love Kate Spade. There is a fun whimsical aspect to the brand, and it relates to Keds,” added Brocoum. “[The shoes] will be well received at retail because they are right in that sweet spot of everything feminine, fashionable, versatile and color-blocked.”

Magic Moments
Isaac Mizrahi is celebrating a birthday — for his footwear line, that is. The designer said he’s very upbeat about his year-old contemporary shoe label. “It has been so successful,” Mizrahi said. And it’s time for another milestone, too. The designer said he’s looking forward to spending the holidays celebrating his one-year wedding anniversary with husband Arnold Germer. “Last year was the first time in my whole life that I got a Christmas tree,” Mizrahi said. “We started a tradition, and now whenever I think about Nov. 30, I think, ‘Oh we’re going to have a Christmas tree again!’ I’m so excited.”

Wish List
Christian Louboutin has a new fan. TV personality Nigel Barker, the former “America’s Next Top Model” judge who is now working on his own reality competition, called “The Face,” said a red-hot look by the designer is certainly on his wish list. “I’m putting it out there, if you want to make me a pair, Christian,” Barker quipped, adding that he especially admired a specific jet-black studded style. “I saw Amar’e Stoudemire wearing them, and if he can rock them, I can too.”

Peer to Pier
Prior to the San Francisco Giants winning the World Series against the Detroit Tigers last week, baseball legend Tommy Lasorda said he was amazed at how the underdog team had raised its game. “The Giants are as hot as any team I’ve ever seen,” he told Spy at Skechers’ fourth-annual Pier to Pier Friendship Walk in Manhattan Beach, Calif., late last month. “They’re playing beyond their capabilities, and Detroit played below their abilities. They’re remarkable.” Event co-host and fitness guru Denise Austin also was on hand to offer up her tips for staying in shape as the days get shorter and colder. “I tell everyone to get outside, even if it’s for just 10 minutes,” she said. As part of the charity walk, more than 8,500 participants made the 3.4-mile trip from Manhattan Beach Pier to Hermosa Beach Pier, and back. The event raised more than $750,000 for The Friendship Circle, a nonprofit that helps children with special needs.