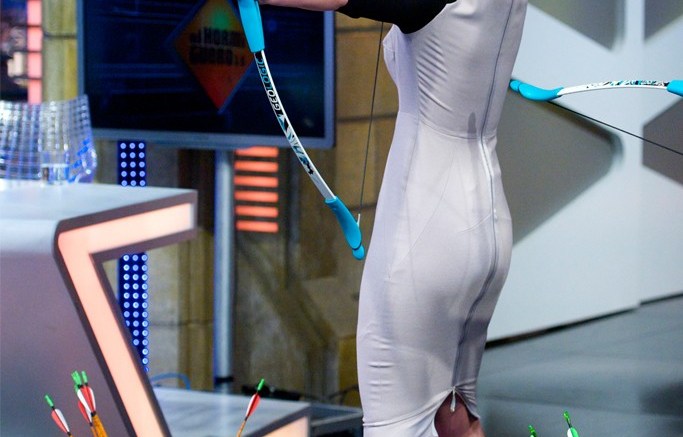 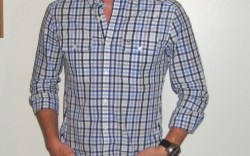 On Target
Jennifer Lawrence can shoot a bow and arrow … even in stiletto heels. The “Hunger Games” star was spotted in YSL shoes on the set of Spanish TV show “El Hormiguero” while in Madrid, Spain, on Thursday. And despite the higher than high heels, the actress didn’t miss a step while demonstrating her shooting skills in front of a live audience.

Bachelor Ways
Ben Flajnik, the most recent star of “The Bachelor,” knows what he likes when it comes to women as well as footwear. A shoe collector since college, Flajnik appeared Thursday at Macy’s in New York, where he was on hand to promote Lacoste women’s footwear, a brand he favored for his onscreen wardrobe. And with a personal shoe closet of nearly 100 pairs, he knows how to hit the outlet stores in search of a deal. “I always liked out-there kinds of things,” said Flajnik, about the colorful boat shoes he’d snag for $10 a pair. Today, he can be seen in a pair of rolled-up jeans, footnoted with a pair of oxfords with colorful laces. “It works nicely in San Francisco and New York,” said Flajnik, who co-owns a vineyard in Sonoma county California. On women, including his fiancée, Courtney Robertson, Flajnik is all about heels. “They do wonders for the leg,” he said. “I understand how difficult it is to walk in them, and it’s greatly appreciated.”