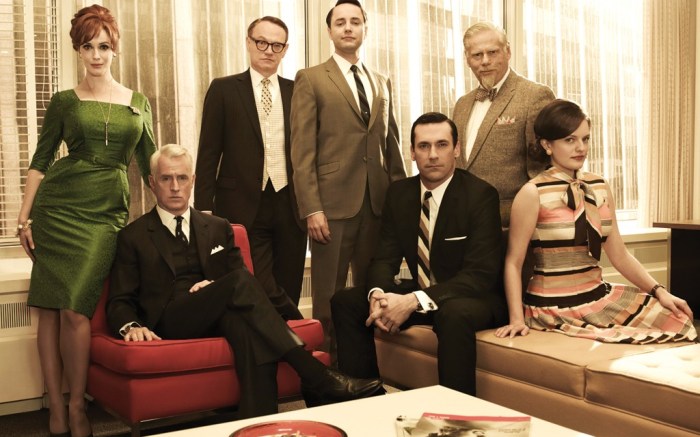 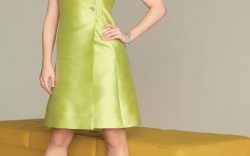 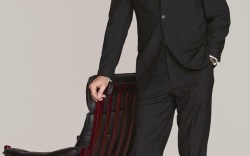 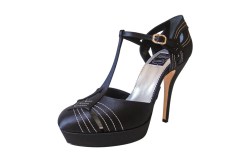 Going Mad
It’s the real deal on the set of “Mad Men.” After more than a year off the air, the popular AMC drama is returning with authentic retro footwear looks, including such 1960s stalwarts as Pappagallo’s and Citations. Spy first caught up with costume designer Janie Bryant on-set during season one and now, as season five gets under way, she sounds off on exactly how she brings the fashionable, vintage sex appeal of 1960s New York back to life.

Is it difficult to design for a specific time period?
“Luckily, there is a wealth of information on the 1960s and what was worn. For inspiration, I love to dive into vintage magazines from the era, like Vogue, Elegance, Harper’s Bazaar, Ladies’ Home Journal, Good House Keeping, and catalogs from Sears, JCPenney and Montgomery Ward.”

Is it important for you to use real vintage footwear on the show?
“Yes. I use authentic footwear from the time period to enhance the costumes and tell the story of these period characters. I don’t design any of the footwear from scratch, but I will redesign pieces or dye them to fit the needs of the script.”

Have there been any challenging shoe moments while filming?
“Oh my, there are so many shoe moments. Dealing with vintage shoes for the show is always so challenging. Vintage shoes are extremely difficult to fit on the modern foot — they are always too narrow. I always go up a half size to a full size. Also, because I do use vintage shoes, the leathers and materials can be weakened with age. So let’s just say in the past five seasons, there have been a few blowouts!”

What are some of your go-to footwear brands on set?
“I do love my Pappagallo’s, Joyce Happies, Citations and Byron’s College Debs. There are so many from the period that are amazing.”

Wild Things
Shoes have quite a moment in Madonna’s latest video, “Girl Gone Wild,” released last week. Not only do the male backup dancers strut their stuff in pumps, but the superstar herself makes an unexpected footwear choice. She wears a pair of vegan heels designed by Paola Bay, founder of Milan-based luxury footwear label Zoraide. The Greta silk satin T-strap pump, which appears in the controversial black-and-white video directed by Mert Alas and Marcus Piggott, is part of Zoraide’s “Red Carpet goes green” line for fall. And for each pair sold from the collection, Zoraide will plant a tree in a woodland area to help offset carbon emissions.

Will & Space
Does Debra Messing’s closet now resemble that of a Broadway star? The “Smash” actress certainly has enough footwear options for countless wardrobe changes. When asked how many shoes inhabit her closet, Messing said she was “too ashamed to admit,” but did divulge that Christian Louboutin and Giuseppe Zanotti were two of her favorite brands. “[My favorite] are the Louboutin patent nude wrap sandals I wore hosting the Women in Film event [in 2010] and to the opening event when I judged the Tribeca Film Festival [in 2009],” she said. But when Messing is not walking the red carpet, she turns to more casual looks such as Stuart Weitzman’s flat stretch boots and Birkenstock sandals, which she’s owned since 1999. Apparently for Messing, age is just a number.

Book Worm
The Man Repeller has more than just her upcoming nuptials on her mind. Fashion blogger Leandra Medine is also working on a book, set to hit stores next year. “It’s a series of short essays,” she said. “I’m really excited.” And the title? That’s yet to be determined. “I might just call it ‘Uncertified Genius’ or something,” Medine quipped. “Because everything [in my career] was just an accident.” It just so happens that Medine is equally undecided on footwear for her wedding. But in true Man Repeller form, Medine said she might traipse down the aisle in anything that strikes her fancy on the big day. “To be honest, I’m proably just going to wear my Superga [sneakers],” she said.

Double Duo
The Accessories Council never has a dull moment. According to the organization’s president, Karen Giberson, a slew of projects are planned for the coming months. On Friday, the council will screen “God Save My Shoes” for its members and later this spring it will host the Next Generation Awards at FIT. “I can’t tell you who it is yet, but I think our speaker [at the awards ceremony] will come from the footwear category,” Giberson said. And, of course, she and her team are gearing up for the annual ACE Awards in November. While Giberson couldn’t divulge winner details, she did offer a solid hint: “It will be our first Designer of the Year that is more than one person,” she said, adding that the announcement will be made in the coming weeks.

Philly Love
Don’t get between James Bond and his Philly sports teams. While in New York last week to fête a new collaboration with Converse, the co-founder of the Los Angeles-based Undefeated sneaker shops talked about his affinity for teams representing from the City of Brotherly Love. “I was born in Philadelphia, so I always root for those teams — win or lose,” he said, adding that he planned to sneak down to Philly to catch a Flyers hockey game the next day. Bond also dished about the 76ers, who were playing the New York Knicks at the same time he was at the event. “My prediction is that the Linsanity shall end,” Bond joked.