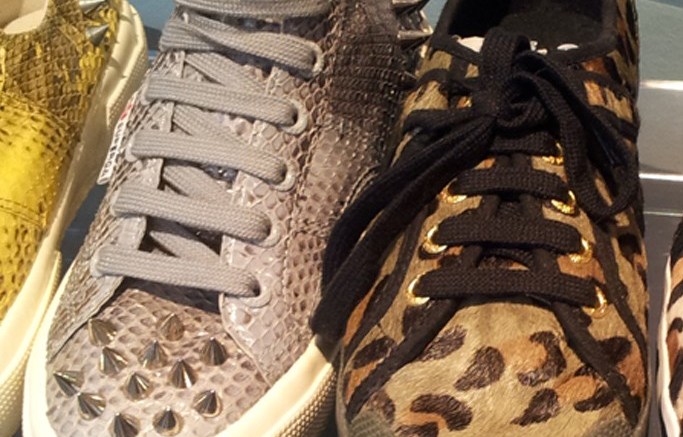 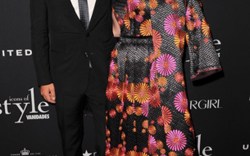 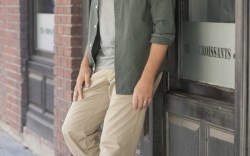 Allied Forces
Giles Deacon teamed with Superga to launch a footwear capsule collection for next summer. The British designer created three styles, including a creeper in printed pony available in fuchsia, military green and beige. Deacon also worked with printed snakeskin for a classic Superga sneaker and a high-top style, both embellished with studs. Giles for Superga will retail starting from 150 euros, or $193 at current exchange, at high-end boutiques including 10 Corso Como in Milan; Dover Street Market in London; L’Eclaireur in Paris; Susan of Burlingame in San Francisco; and Linda Dresner in Birmingham, Mich.

Sounds of Style
Edmundo Castillo received the Icon of Style Award for Accessories Design from Vanidades last week, and aside from his own shining moment, the designer said he also enjoyed reuniting with friend and musician Rubén Blades. “[Panamanian singer and actor Blades] is an icon of his own, in everything that he has done,” Castillo said. “He is the one of the best salsa singers in the world, and he sang a little piece of one of his most famous songs. That was a really cool moment.” Castillo also noted that he styled friend and actress Debi Mazar, as well as Icon presenter and philanthropist Yaz Hernandez, in shoes from his eponymous label for the event. “It was really nice to hear so many women saying how much they love what I do and how proud they feel that I am [also] a Latino,” Castillo said.

On Air
Joe Montana hit the air Monday in his second commercial for the Skechers USA Inc. This time, he’s advocating the company’s Relaxed Fit line. “Joe’s an American legend representing a very American concept: relaxed casuals that look and feel good,” said Michael Greenberg, president of Skechers. “Together with Mark Cuban and Tommy Lasorda, we’re thrilled to have this ‘triple threat’ of sports icons telling the world about Relaxed Fit footwear.” Cuban, owner of the NBA’s Dallas Mavericks, was featured in the first campaign for the collection, and former MLB player Lasorda will star in a third commercial next year.