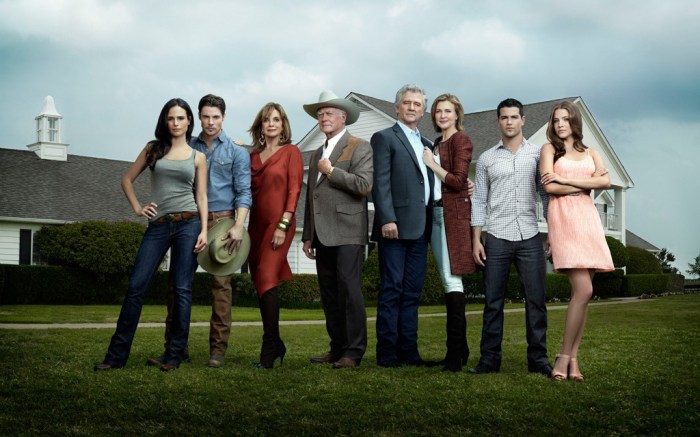 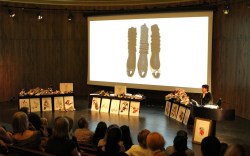 Dallas Cowboy
They say that everything is bigger in Texas, and that includes the shoe closets of the characters on the new remake of “Dallas.” The show, starring Jesse Metcalfe and Josh Henderson as members of elite Ewing family, premiered this month featuring, surprisingly, affordable footwear choices. “The great thing about shopping shoes today is that there are so many stylish, fashion-forward choices that don’t necessarily have to break the bank,” said Rachel Sage Kunin, the show’s costume designer. Here, Kunin talks about choosing outfits well suited for an oilrig and the brand names that make the cut.

What footwear brands did you turn to for the show’s characters?
“Restricted shoes. It has such a great fashion-forward look and everything from sandals to boots, so I’m always able to pull something from that line. For females, Nordstrom’s BP brand has so many different styles to choose from, and I could not live without Zappos.com. [The males] wear everything from Ariat boots to Cole Haan to John Varvatos.”

How would you describe the footwear style of the main characters?
“[Footwear is] grounded in their characters and what shoes they wear. I design the costumes from head to toe, and the shoes depend on what they have to do during the whole day. Elena Ramos [played by Jordana Brewster] will be in a meeting with Sue Ellen [played by Linda Gray] and then on an oilrig all within one day. All her outfits and shoes have to have that kind of flexible look. So that’s been really fun to design — functional but stylish.”

How do you make the toughest shoe choices?
“[To choose the footwear], we line up and we’ll have the costume on and try on a bunch of shoes and figure out what vibes the best with the outfit. Other times, we start with shoes and kind of work our way up.”

London Eye
Emma Hope has come a long way. The London-based footwear designer took the stage at London’s Victoria & Albert Museum last week to talk about her journey from student at London’s Cordwainers College to being named a member of the order of the British Empire late last year. “It was a fantastic experience to get in and try and make what you want,” she said of Cordwainers. Hope went on to reminisce about her first big break, when Amanda Harlech, then junior fashion editor at Harper’s & Queen magazine, gave the designer a full page spread. After that, Hope began to sell her shoes to boutiques such as Joseph, Jones Bootmaker and Whistles in London before opening her own shop on London’s Amwell Street in 1987. Though she is known for crafting ornate, embroidered ballet pumps and evening shoes, Hope explained how she came to introduce sneakers to her lineup in early 2000. “I got the surfing bug, and I just thought, ‘I’d like some sneakers,’” she said. “I love being comfortable. I can’t stand [the idea] that you must suffer for your fashion.”