FN Spy: Fairytale Footwear in ‘Once Upon a Time’ & More 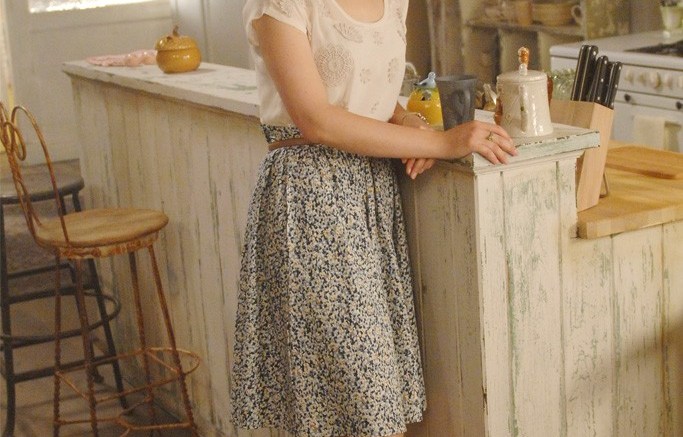 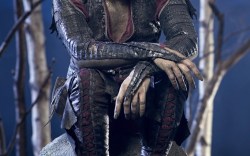 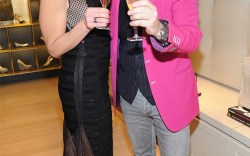 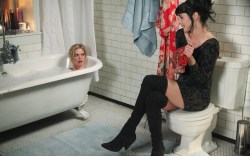 Fairytale Footwear
ABC’s fantasy series “Once Upon a Time” mixes modern-day stories with fairytales, and costume designer Eduardo Castro tasked with dressing characters from both worlds. Here, Castro chats with Spy about finding the right mix of footwear brands.

What shoe brands do you use most on the show?
EC: We use John Fluevog a lot. He’s very much into that older-world, period look. He does fantastic boots and cork shoes. For Ginnifer Goodwin [as Snow White/Mary Margaret] we use Repetto, and Jennifer Morrison [who plays Emma Swan] wears Chie Mihara. Prince Charming and anyone riding horses wears riding boots by Ariat, and we use a lot of Frye boots. Regina [played by Lana Parrilla] wears the same Max Mara pumps, and we also use Stuart Weitzman on her. And, of course, we have some things that are altered. We’ll take modern shoes and add buckles to them. [For example], we use shoes from H&M and add a strap and a period buckle, because [those styles are] so hard to find.

Who do you see as the fashion maven of the show?
EC: The character that’s fun and who will evolve into a style with more interesting footwear [choices] will be Red Riding Hood [played by Meghan Ory]. The producers are really pushing her into being more fashion-forward. We’re changing her into a more interesting character, rather than just being a waitress in the diner. I know she will be wearing fabulous boots and shoes, and she will definitely have an adventurous quality to her. There’s a lot of interest to come with that character.

The London Look
“Stacy London in the house!” exclaimed designer Jean-Michel Cazabat, who teamed with the style expert for a spring shopping event at his New York store Wednesday. “Stacy is fabulous and commands a serious following. I mean, come on, that personality — as a man of personality, I love it,” he said. While London declared she is a longtime fan of the designer, the evening marked the first meeting between the pair. “We tweet each other, and I’m always tweeting him pictures saying ‘I’m wearing this or that favorite of your styles,’” London said, adding, “We’ve been planning this party for over a year.” Cazabat, who started showing his interim collection to retailers earlier in the day, said as a man who is “always on the run” he was enjoying mingling with all the guests in his shop. Meanwhile, London had every other detail from the evening on her mind. “There’s nothing better in life than shoes, champagne and baked goods,” she said.

Goth Girl
At an exclusive screening of “Don’t Trust the B—- in Apt. 23” on Tuesday, hosted by Alice & Olivia, co-stars Krysten Ritter and Dreama Walker mingled with industry insiders and fans in the brand’s flirty frocks. And on the show, Ritter said she and her character, Chloe, have a lot in common when it comes to style. “[She] wears a lot of Alice & Olivia, and I am wearing Alice & Olivia tonight,” she said, sporting a black lacey cocktail dress. On the other hand, Ritter added, one preference sets Chloe apart from the actress in real life. “She is very sexy — a party girl — [and] I don’t like wearing tight clothes all the time.”