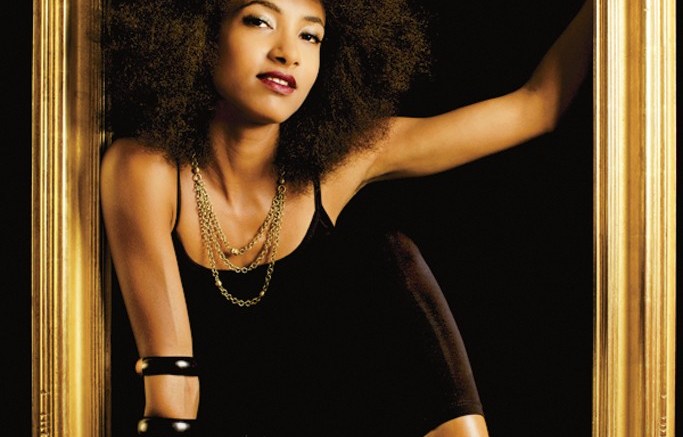 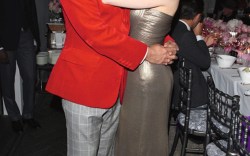 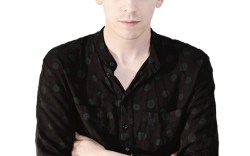 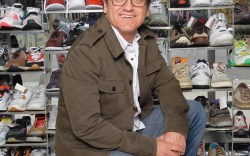 On the Road
Jazz singer Esperanza Spalding has hit the tour circuit with her eco-friendly footwear in tow. “[Shoes] are a really important part of her looks,” said Cassie O’Sullivan, the musician’s stylist, who told Spy that Spalding’s fashion sensibility stems from a dedication to environmental causes. But that makes finding the perfect pair a challenge. “The pickings are so slim for sustainable, conscious and fashionable shoes.” Here, O’Sullivan sounds off on the search for eco-friendly looks and how footwear jazzes up Spalding’s style.

How does Esperanza’s footwear differ onstage vs. off?
“The common theme is sustainable — some are vintage, some are handmade and some are vegan. Esperanza likes to perform in shoes that give her a solid connection to the earth. For her everyday shoe, it’s usually a flat lace-up ankle boot or ballet flat — something she can swiftly move in.”

What are some of your go-to brands?
“There is one place — Convert in Berkeley, Calif. — that has amazing eco-friendly, high-fashion shoes. Mi Capri is a favorite brand. These are made by hand in California and are comfortable with great style. Neuaura is another brand. [Its shoes] are vegan and they donate to the African Wildlife Foundation. Trippen is a handmade brand with great architectural design. There is a sparkly Fly Girl Designs shoe that is hand painted by a Portland artist Esperanza loves. Then, of course, there are some vintage selections from my collection and Esperanza’s closet.”

Have you ever had any shoe malfunctions happen on stage?
“Recently, the sparkly shoe clip I attached to her shoe fell off, but Esperanza just danced around it. It went unnoticed, really, and Esperanza was not distracted. She is such a pro.”

Sky High
When the Christian Louboutin exhibition debuted last week at the Design Museum in London, Dita Von Teese was in the crowd, alongside a holographic installation featuring the burlesque star. “It was really quite difficult to wear these extremely high heels and be corseted and hit the right marks. … It was one take [only],” she said of the project. But collaborating with Louboutin for the exhibition, which features more than 200 of the designer’s looks, clearly brought out the perfectionist in Von Teese, who also launched her fragrance line in London last week. “It was 1 a.m., the whole crew was still there, and I said, ‘I’m sorry guys, I’m not ready to wrap yet.’”

Close Encounters
Even Jerome Rousseau gets star struck. The designer told Spy about an encounter with “one of his favorite celebs” — Olivia Wilde — who he spotted wearing bright glitter sandals from his line. “I didn’t recognize her from the back, but I could see she was wearing [my shoes],” he said. After playfully inquiring about the brand, “she turned around with those beautiful eyes and said they were a present from Jerome Rousseau,” he recounted, adding that he turned bright red before confessing his identity. “It was really embarrassing, but we laughed it off,” he said.

Fadlon Gets Real
Isack Fadlon is going to war, well, “Storage Wars.” The Sportie LA co-owner was approached by the hit A&E reality show for an episode where contestants bid on a locker filled with classic American-made Converse styles. Fadlon was tapped to help contestants gauge the sneaker cache value. And while he wasn’t able to offer details on the episode, which airs in June, Fadlon did say the shoes were a smart buy for the lucky winner. “I’d say they are worth in the hundreds per pair,” he said. “If you look on eBay, the prices range from $100 to $1,500. The factory closed [in the U.S.] in 2001, so those who want to collect them will have to pay.”

Giving Back
You’ve got a friend in me. Bob Campbell will be honored at the Monsignor John Fagan Humanitarian dinner this week, where soap actress star and pal Susan Lucci will give his introduction. “I’ve known her and her husband for many years,” said the BBC International founder. Campbell will be recognized for his work with charity Little Flower Children and Family Services of New York, where Lucci is a board member. “I’ve been involved with [Little Flower] for more than 30 years,” Campbell said, adding that the charity helps disadvantaged children.