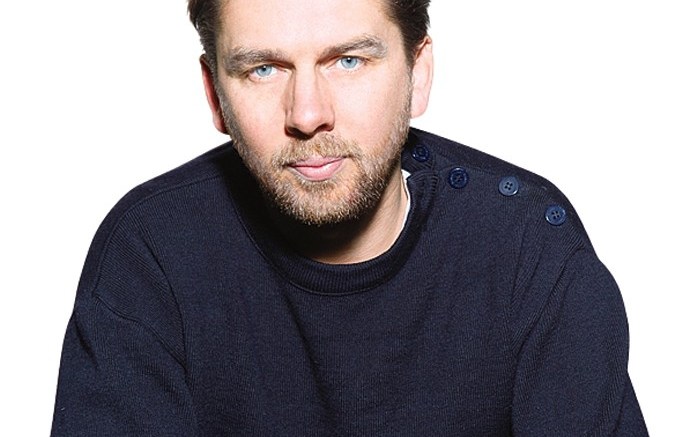 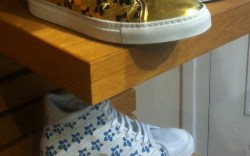 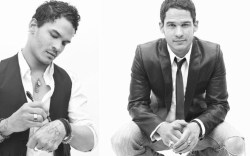 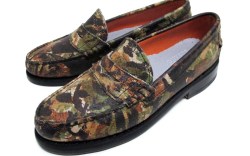 Designer Buzz
Rupert Sanderson is all about daffodils for spring. The designer played with the print on oxfords and pumps and used it as a laser-cut treatment on his debut sneaker collection. “I’ll probably need to make myself a pair of these,” he said of the (for now) women’s-only series of high- and low-tops. As for whether he ever intends to offer men’s sneakers, Sanderson joked, “Well, maybe only for whomever is good to us.”

Meanwhile, Walter Steiger is making moves in the U.S. “If you’re not in America, it’s not good,” said the Paris native, whose upcoming plans include an expanded U.S. collection with a redesigned store on Madison Avenue and more retail accounts for spring ’13.

And Kat Maconie may not have attended Premiere Classe this season but she had a good excuse: She was exploring Brazil with British Prime Minister David Cameron. The young London-based designer was tapped as part of a trade mission to Brazil, where she produces her collection. “It was a great honor to be invited on the trade delegation with David Cameron and accompanying some of the U.K.’s industry and trade leaders to promote the ever-expanding benefits of trading with Brazil,” said Maconie. “Brazil is a key market for me, with a rapidly growing middle class, high-end multibrand sector and women who have a great sense of style.”

Seeing Double
As the designers behind the Roos – Shane & Shawn line, the Ward brothers have a wish list of star collaborators. This includes singers Kesha and Duffy. “Duffy is edgy and cool, and Kesha is really rock ’n’ roll. They’d be great wearing Roos,” said Shawn Ward. But the brothers have more than footwear on their minds. The duo is gearing up to expand their lifestyle brand with T-shirts, bags, jackets, hats and additional accessories, set to launch next fall.

Sound Off
Sebago may be known for its classics, but CEO Gary Malamet has adventurous taste in music. At the New York launch party for the brand’s Six Degrees for Sebago capsule collection, Malamet confessed to Spy he has an affinity for everything from hip-hop to down-tempo jazz. “I like anything with a beat and emotion,” Malamet said. “I’m mostly into electronic dance like Thievery Corporation.” At the event, Sebago was celebrating its first female design collaborator, Mdot, and Malamet hinted at future special projects. “We waited eight months before we started talking about Six Degrees, so it’ll be a little while before I can reveal all of the details,” he said. “I can say that we’ve established a lot of great friendships with past collaborators, and we plan to move forward with some of those.”