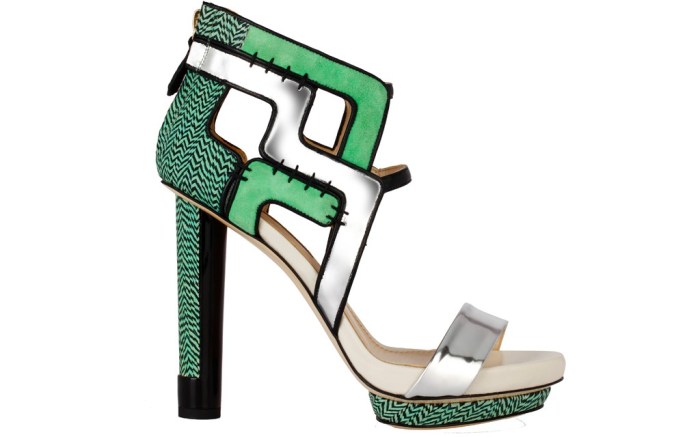 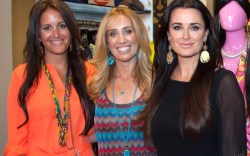 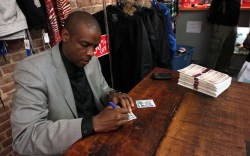 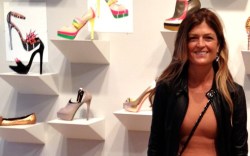 Film Frenzy
Burak Uyan got in on the action this week at the Cannes Film Festival. The designer created three styles inspired by the event. “Cannes’ goal has always been to showcase works of directors from all over the world, not succumbing to commercial tendencies. I wanted my shoes, purposely tinted with eccentric colors, to revive that essence of not succumbing,” said Uyan, adding that the green in the shoes represents the French Riviera. The styles are being sold exclusively at the Carlton Hotel Baglioni in Milan. Giuseppe Zanotti is also celebrating the festival, with his fourth Cannes Red Carpet Collection, featuring satin evening styles.

Real Time
Beverly Hills, Calif., is getting a new boutique — from one of its most famous “housewives.” Kyle Richards, a star on the Bravo hit series, is gearing up for the grand opening of Kyle by Alene Too, a partnership with the Boca Raton, Fla.-based retailer owned by Debbie Weisman and Lizzy Schwartz. “I’m going to pull out all of the stops and call all of my celeb friends,” Richards told Spy of the opening soirée, slated for July. “I’m going to have a lot of support.” Richards will also bring her style to the store, choosing brands she loves to wear. For footwear, the shop will offer Dolce Vita, Alice & Olivia, Pour La Victoire and Yosi Samra. Richards said she might also support fellow housewife Adrienne Maloof, who launched her shoe line with Titan Industries last year. “I love her shoes, I could see them [selling] in the store,” she said, adding that she already owns a couple pairs.

Strike Zone
Former MLB player Dwight “Doc” Gooden may not have to suit up for game day anymore, but he still knows how to stay trendy. “I have two teenage boys, and they keep me up on what styles are going on,” said Gooden, adding that he’s fond of alligator shoes when wearing a suit. “At my age, I’m looking more for comfort than style.” The retired pitcher, 47, was on hand to greet shoppers Thursday, at West NYC for the launch of Pro-Keds’ latest collaboration with Louisville Slugger. And although Gooden is not on the mound for the Mets or the Yankees anymore, he said he still looks fondly at his first professional team. “I’m a Met at heart, so hopefully they can turn it around this year and start playing better,” he said.

Getting Schooled
Class is in session for Ruthie Davis. Forty shoes and 25 sketches from the footwear designer’s eponymous women’s label are on display in the Richmond Art Center at Davis’ former high school, Loomis Chaffee, in Windsor, Conn., through June 19. Students in a film and video production class at the school also created Ruthie Davis-themed videos to appear alongside the exhibition. “It was a super rewarding experience going back and meeting all of the students,” said Davis, who visited her alma mater for the exhibition’s May 8 kickoff. “I especially love high-school students because they are at that very impressionable age when seeing someone thinking outside the box and going after their passion can potentially change how they approach their lives. It was really cute because the kids wanted my autograph.”