FN Spy: Design by Theophilus London… Menounos on the Move 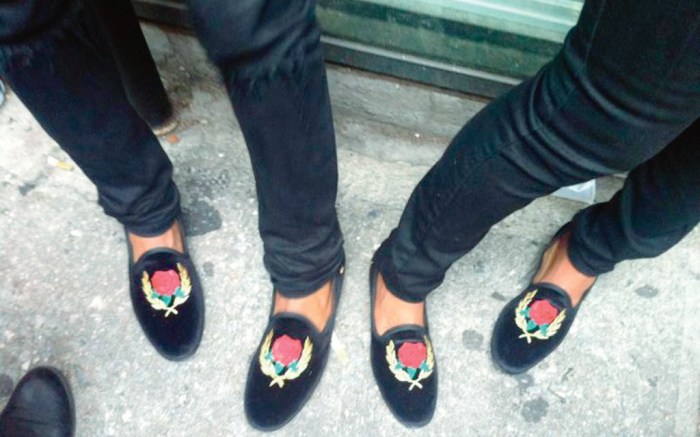 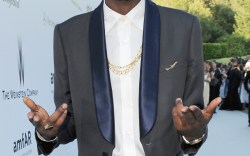 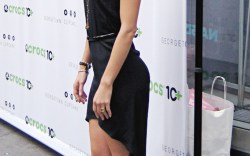 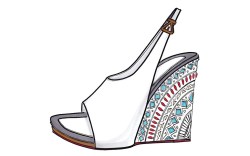 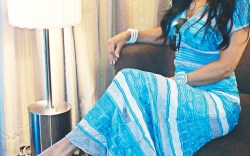 London’s Times
Theophilus London seems to be everywhere. While the Brooklyn, N.Y.-based hip-hop artist is busy with his “Tour de Roses,” which has sent him all over the U.S. and Europe this summer, he took time out during FFANY to show off his latest footwear collaboration, a rose-embroidered smoking slipper for Del Toro. London said the deal came about after he met brand founder Matthew Chevallard at his Miami tour stop in February. “[Matthew] invited me over to his house, and I saw the shoes and loved them,” London told Spy at the Manhattan party, also attended by Giuseppe Zanotti. But this isn’t London’s first foray into fashion. He regularly makes appearances at runway shows, and has also crafted looks for his own LVRS label.

Reality Bites
Maria Menounos has interviewed countless celebrities on “Extra,” but the focus will soon be on her. The TV personality is planning to launch her own show on Oxygen. Still to be titled, the show will mirror real life, according to Menounos, as her live-in boyfriend (producer and director Keven Undergaro) and live-in parents are expected to participate. But viewers can also expect a sneak peek into Menounos’ personal footwear closet. “I’ve collected really good shoes over the years and have amassed a collection,” she said. Among her favorites are Jimmy Choo and Steve Madden.

Launch Pad
There is a new kid on the block. Camuto Group’s Ivy Kirzhner will launch a namesake line at New York Fashion Week in September. “Growing up in New York, my aesthetic reflects my eclectic worldview,” said Kirzhner, who is currently the designer and creative director for BCBG Max Azria footwear. “Being a Philippine-born American designer who travels routinely through Europe and Asia, I take pride in constantly pursuing diverse creativity.” The collection of 45 looks will be produced through Kirzhner’s newly formed company, Saint & Libertine New York, and will feature elements such as metal-work heel treatments and Austrian crystals. Price points will range from $325 to $875.

Olympic Fever
Dana Davis has been glued to the TV screen. When not busy with her trade show appointments, Davis has made time to watch the London Olympic events, namely swimming and gymnastics. “The swimmers are such cute boys,” she quipped, naming Michael Phelps and Ryan Lochte as favorites. So if Davis had an Olympic career instead of in the footwear biz, which event would she compete in? “Equestrian,” said Davis. “I used to ride, so it would have been phenomenal.”

Flash Mob
It was a mob scene at FFANY last week. Star of VH1 show “Mob Wives” Carla Facciolo stopped by the Princess London display at the Hilton in New York, where she spent time shopping the line. “I am going to need to buy another house just for my shoes,” she said. “I have millions of them and after today I will need even more space.” Facciolo is gearing up to start shooting season three, where more footwear moments are expected. In other brand news, Princess London signed Evette Holyfield, daughter of Evander Holyfield, to consult with the design team.

Sky High
Virgin America is sparking a footwear conversation. The airline debuted its new uniforms designed by Banana Republic, complete with two shoe options: a red pump and a boot. And CEO Richard Branson took to Twitter and his blog to ask for opinions on the footwear. “We wanted to explore another shoe option. It has been a request from our teammates,” said Virgin VP of corporate communications Abby Lunardini. The winning look will be revealed next year.