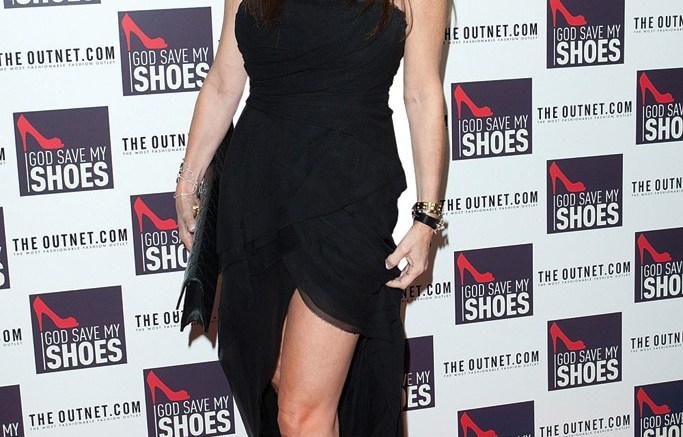 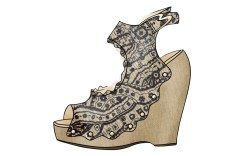 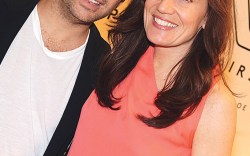 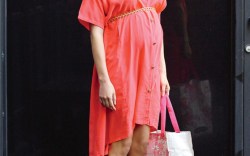 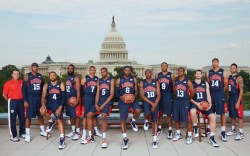 Full House
Now that she’s no longer battling her ex-husband in court, Beth Shak has refocused her attention on her shoe collection. And she’s planning to add another designer name to her closet — her own. The professional poker player told Spy last week she plans to launch two namesake lines: Beth Shak and Beth Shak Couture. “I’m so busy finalizing my line,” said Shak, who has made recent headlines for her controversial 1,200-plus pairs of shoes, including 700 from Christian Louboutin alone. The collection, valued at $1 million, sparked a lawsuit from her ex-husband Daniel Shak, who said his wife had hidden her valuable collection from him. (The matter was dropped last week.) Shak’s first line is being produced in China and will retail for $130 to $160, while the couture styles were crafted in Italy and will sell for $600 to $800. (Both lines are slated to be completed by the end of August.) “[These] styles reflect me and who I am,” Shak said.

Viva Italia
There is no place like a summer home. Sergio Rossi’s Francesco Russo is in the process of completing his vacation house in southern Italy. The brand’s creative director said he would spend time in Sicily and Perugia while the restorations are completed. He also hopes to make time for some reading on his Kindle, which he recently purchased. “Summer is all about reading,” he said. But Russo isn’t ready to slow down just yet. He joined Barneys New York to celebrate the launch of its new shoe floor last week, where he mingled with CEO Mark Lee (see page 52 for proof), chief merchant and EVP Daniella Vitale, and creative-ambassador-at-large Simon Doonan. Doonan was clearly enthusiastic about the Sergio Rossi display, also adding that he loves the looks by Manolo Blahnik and Azzedine Alaïa. “Shoes are such an interesting thing from a design point of view, it’s fun to walk around and view every [style] as a sculpture,” he said. “It’s so dreamy.”

Kids Corner
Expectant mother Kristin Cavallari has toned down the height when it comes to her footwear choices. The reality star said she’s switched out her higher-than-high heels for fashionable ballet flats and sandals (the photo at right being a rare exception). “I miss [my heels] so much,” she said. But Cavallari has found another way to get her footwear fix, by designing a capsule collection with Chinese Laundry. “Every woman should own a good pair of nude heels, classic black pumps and some pops of color,” she said of her personal footwear wardrobe. “[The line] represents what I would wear.” The collection of six to eight styles, under the title Chinese Laundry by Kristin Cavallari, will debut at Magic in August for a spring ’13 launch. And now that she’s dipped her toe into design with CL, could kids’ shoes be next to coincide with the new addition to her family? “I would love to [design children’s shoes],” she said. “It would be a ton of fun because kids’ shoes are the cutest things.”

Sports Style
The U.S. National Basketball Team won’t be all about hoops in London. The players also are hoping to make an appearance at some other Olympic events. Diana Taurasi, captain of the women’s team, said she plans to take in some soccer games and mingle with her favorite athletes. “I’ve never been to London before, so I want to take in everything I can,” Taurasi said, adding that she hopes to meet swimmer Michael Phelps for the first time. “He’s an amazing athlete, so I definitely want to sit down with him and pick his brain a little bit.” And Team USA’s Chris Paul said this year he’s blocking off time to check out events such as beach volleyball and water polo, after spending some time with tennis pros Rafael Nadal and Roger Federer in Beijing in 2008. “The water polo team came by our practice the other day and gave us some Speedos, so I want to go and show them some support,” the 2008 gold medalist said. But his teammate, Carmelo Anthony, is adding watching the U.S. boxing team to his itinerary. “I just want to savor and enjoy the Olympics,” Anthony said. “It only comes around every four years.”

Cat Woman
It wasn’t all about Batman at “The Dark Knight Rises” screenings. Actress Anne Hathaway stepped out last week wearing the same style of exclusive vegan pumps by Casadei (in different hues) to both premieres at London’s Odeon Leicester Square and New York’s Lincoln Square AMC Theater. “Anne is a timeless beauty who always exudes a quiet confidence and a captivating aura, she is a longtime supporter of the brand and one of my favorite actresses,” said the brand’s creative director, Cesare Casadei. He noted they collaborated closely with Hathaway’s stylist, Rachel Zoe, to create the heels. “She wanted a beautiful, elegant pump and we based it off our pin-up style introduced this fall.”

Field Position
Adidas is rolling out some new tech for this week’s Major League Soccer All-Star Game. During the annual event, the sports brand will debut its new MiCoach Elite System, a data tracking platform that helps coaches monitor players’ heart rates, speeds, field positions and acceleration from the sidelines. “This is something that’s very unique to our sport,” said MLS commissioner Don Garber. “We’re very excited and it’s something other leagues will be interested in.” Adidas CEO Herbert Hainer noted that he’s been watching teams test the gear for the past two years, but he hasn’t been able to try it himself. “I’m too old now, I’m afraid,” the former soccer player joked. “I still play a little bit, but not that often anymore.”