FN Spy: All the Buzz from Paris 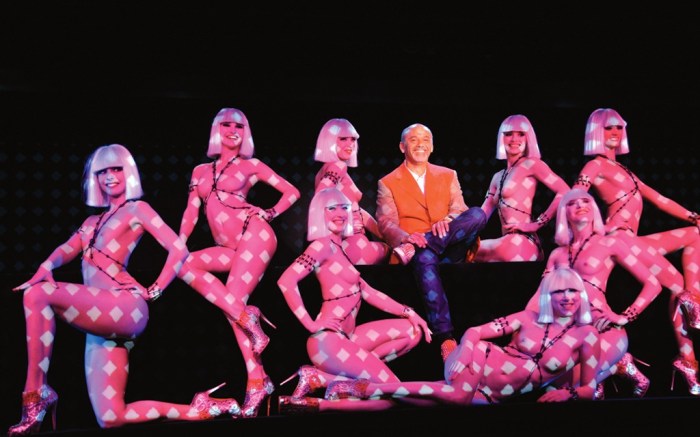 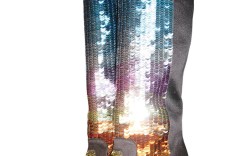 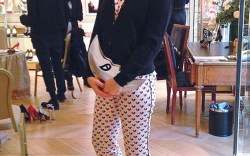 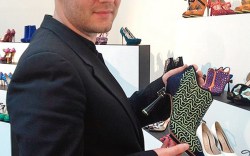 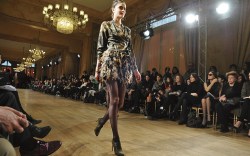 Footwear designers took center stage in Paris last week — literally. Christian Louboutin wowed the fashion crowd with his hit show “Feu” at Crazy Horse. “It’s a fun opportunity to work with a whole little cabaret, but really I see this as the entry point. … I also really want to concentrate on doing a real [performance] I’ve been writing with The Royal Ballet,” Louboutin said. Nicholas Kirkwood also captured the spotlight with a takeover of the windows at Colette. Not only were his own shoes front and center, but his Pollini styles got serious attention, too. Elsewhere in the City of Light, a number of multitasking designers made a statement on the runway including Chanel’s Laurence Dacade and Pierre Hardy, front man for Balenciaga and Hermès, who were seen running around between studios throughout the week.

Getting Inspired
Spy hit the streets of Paris for a glimpse into top designers’ inspirations. Bruno Frisoni showcased the latest Roger Vivier collection inside the panoramic Musee de l’Orangerie. He played with a late-1970s vibe, complete with color-blocking and clever embellishments such as a “mustache” on a peep-toe pump and allover rainbow paillettes on a knee-high boot (below). “It’s disco bohème,” the designer said of the boot. “A cool take on the style of [late fashion icon] Loulou [de la Falaise].”

Christian Louboutin also was all about embellishments, with a focus on metals and strass. “This season is a collage of details. The elements were conceived to explore light and the reflections they create,” he mused.

Taking a slightly different tack, Rupert Sanderson got rough and tumble for fall, inscribing Western boots with a guns-and-roses tattoo. “I wanted something with a Western motif, but I wanted to do it in a different way,” he said.

Although girl-about-town Tabitha Simmons showed in a posh Rue du Rivoli apartment with an Eiffel Tower view, she tapped into her British roots this season. Simmons created velvet sandals and booties with pearl button details that pay homage to the [U.K. charity organization] Pearly Kings and Queens. “The symbols on the shoes are traditional to the pearlies: the hearts mean charity, the anchor means hope and the horseshoe is luck,” she said.

Meanwhile, Charlotte Olympia Dellal and Chrissie Morris were both seeing stars for fall, adorning select styles with a star and moon motif. Morris, who has lately gotten into cosmologist documentaries, claimed, “We’re at a pivotal point in time. But this [collection] is a celebration of the future, not a look back.”

British Invasion
Speaking of the not-so-distant future, Dellal said she was hopeful her new uptown Manhattan store would open in the next several weeks after some unexpected construction delays. “I’m just waiting for that call,” she said. “It will be nice to have an excuse to go to New York more.”

Nicholas Kirkwood is similarly anticipating the debut of his Big Apple digs, and the designer plans to christen the space with a bash this month. But between his designer collabs with Erdem, Peter Pilotto and Suno, and his full-time gig at Pollini, Kirkwood hasn’t had much time to worry about delays. But, he admitted, there have been some obstacles: “They had to totally redo the floor,” he lamented. In the meantime, Kirkwood continues to plot expansion, including a men’s collection for Pollini. Kirkwood sported gray suede laceless oxfords at the label’s Paris presentation, perhaps to get some early reads on the product. The designer also is moving forward with a long-awaited men’s launch under his namesake brand, and handbags are on the agenda as well.

Making Connections
Walter Steiger has been impressing the retail crowd with his avant-garde designs for nearly four decades, and he still knows how to get plenty of attention. Steiger held court in his Paris showroom, where he greeted longtime fans such as the team from Davids in Toronto. “We’ve been buying his shoes for 35 years, and his original styles are still some of our best sellers,” Davids President David Markowitz said while writing an order. And the designer is about to get a whole lot more stateside recognition this fall, when Bergdorf Goodman relaunches his shoes.

First Impression
Up-and-comer Eugène Riconneaus might have found a new way to capture the hearts of top retailers. The French designer named all his fall ’12 shoes after some of luxury’s biggest names, from Barneys New York and Colette to Lane Crawford and The Webster in Miami (see sketch below).

Other relative newcomers popping up on the Paris circuit included Kerrie Luft, formerly of Roger Vivier; Zoe Lee, who cut her teeth at Vivienne Westwood and Te Casan; and Inga Savits, who worked with Brian Atwood and also designed the runway shoes for Alexis Mabille. A former model, Savits added a slight platform to the higher runway styles. “I’ve been there and I know it’s much better for the girls,” she said knowingly.

Urban Adventure
Emerging British designer Atalanta Weller — who has previously collaborated with fellow Brits Gareth Pugh and Henry Holland, among others — has unveiled a partnership with Urban Outfitters in Europe. Weller, now in her fifth season, designed a cut-out ankle boot and a heeled style that takes inspiration from the Mexican festival “Day of the Dead.” “I’ve been thinking about doing a secondary line, so this was a perfect way to start,” Weller said of the collaboration, called Atalanta by Atalanta Weller for Urban Outfitters.