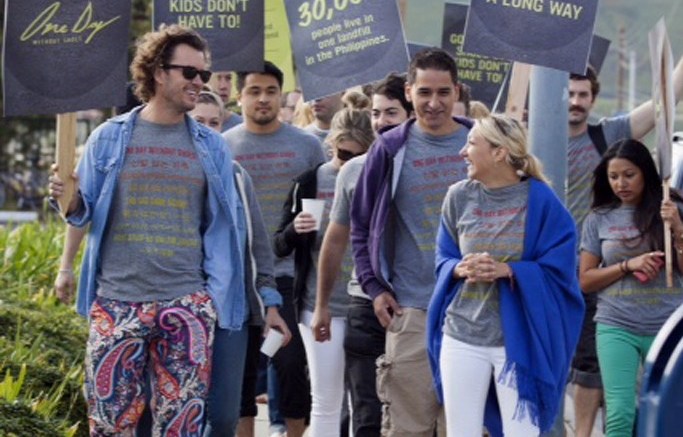 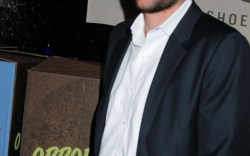 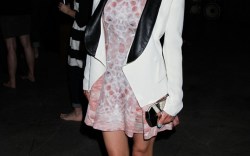 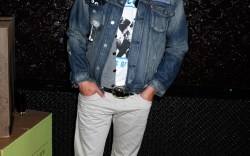 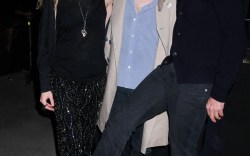 From Los Angeles to New York to Tokyo, supporters of Toms Shoes went barefoot on Tuesday.

Company founder and chief shoe giver Blake Mycoskie kicked off the Fifth Annual One Day Without Shoes with a walk near his offices in Los Angeles. The special event asks participants to go shoeless to understand the importance of donating footwear to others in poverty-stricken areas (part of Toms’ one-for-one business model).

Mycoskie also conducted meetings sans footwear during the day and later attended a celebration at The Bookbindery in Culver City, Calif.

At the gathering, Mycoskie said it’s been amazing to see the event grow from a local happening to a truly international affair.

“When it first started [five years ago], it was just a small group of us in California, and then we got people nationally doing it and [now] it’s become international,” he said. “Today, there are events and walks in all 50 states and in 48 countries around the world. I saw pictures this morning of the entire downtown of Tokyo and they were barefoot — and in South Korea and in Australia and all over. It’s amazing.”

Another change, Mycoskie added, is that Toms doesn’t have to do the recruiting it once did to attract celebrities. “Today, we had everyone from Jack Johnson to Miley Cyrus, and everyone else, without even talking to them about it,” he said. “They just showed up and got out there and were doing it, some with their kids. It’s not like we had a big marketing push; it’s a more organic thing.”

And in New York, Toms gathered brand supporters and industry execs at The Ace Hotel, where shoes were checked at the door. The crowd even drew Josh Radnor of “How I Met Your Mother,” along with Chaske Spencer and Julia Jones of the “Twilight” franchise.

Jones is a repeat supporter of Toms and has participated in the event in the past. This time, she helped with recruitment. “My friend Julia invited me to come,” said Spencer. “It’s a great cause, so I came and [kicked] off my shoes!”

Moving forward, Mycoskie said he plans to keep the growth of the event organic, even as it spreads to more areas across the world. “Kind of like everything with Toms, we let the organic growth of it just happen and we try to keep it fun and interesting,” he said.