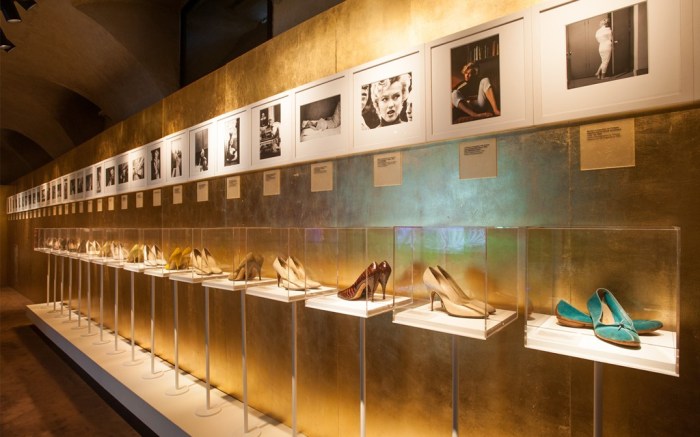 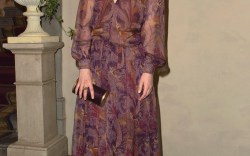 On Tuesday night, models wearing the iconic pleated white dress sported by Marilyn Monroe in “The Seven Year Itch” welcomed guests at the opening of “Marilyn,” the exhibition dedicated to the late American actress.

“I never met her, but I know Marilyn used to buy our shoes at our Park Avenue store in New York,” said Wanda Ferragamo, the nonagenarian matriarch of the family. “She was always wearing our pumps, especially with sequins in red or white.”

Marking the 50th anniversary of Monroe’s death, on Aug. 5, 1962, the retrospective shows film clips, photos, international magazine covers, Monroe’s original writings and 30 pairs of shoes and more than 50 outfits she wore on the set of her most popular movies, such as “Niagara,” “Some Like It Hot” and “The Asphalt Jungle,” as well as in her private life.

“Researching Marilyn, we realized what an extraordinary woman she was,” said curator Stefania Ricci, who developed the project with Salvatore Ferragamo over the past two years. “As it’s been said, she is the avatar of the American dream. She is a woman who truly wanted to assert herself.”

For the exhibition, Ricci decided to juxtapose masterpieces of the ancient past with portraits of Monroe taken by artists such as Bert Stern, whose 1962 images of the actress are matched with Antonio Canova’s sculpture “Ninfa Dormiente.”

Among the celebrities who attended the opening-night event were actress AnnaSophia Robb, who will play a young Carrie Bradshaw in the new TV series “The Carrie Diaries,” and Rose Byrne, who was looking forward to spending a few days in the Tuscan country at one of the Ferragamo family’s resorts.