Faces: Out & About in the Big Apple 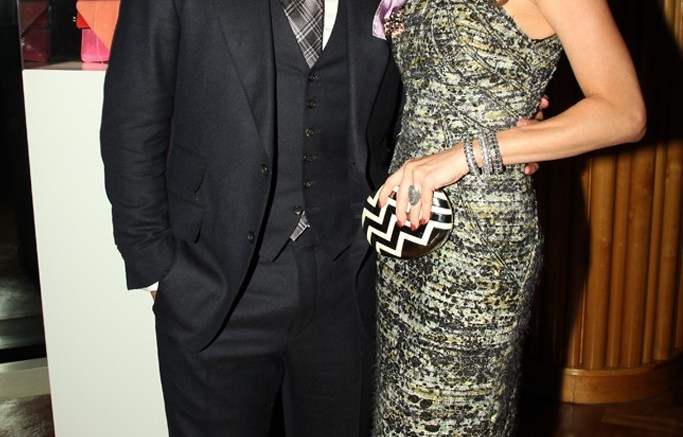 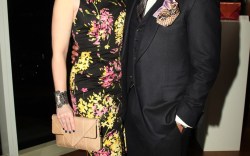 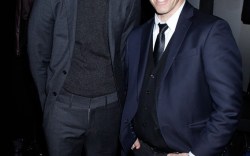 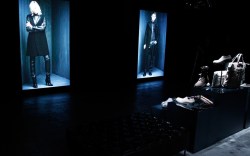 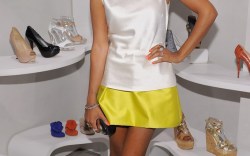 Was it a fashion presentation or installation art Tuesday night at the launch of Kenneth Cole Collection? Either way, it was a hit.

In a dark, cavernous space in West Chelsea, models presented clothes only by way of their images “stepping” in and out of digital screens, accompanied by overhead domes projecting voices that delivered lines like, “The world is a collection of voices. Some are imitated. Some are repeated. Few are original.…Wear your voice.” Mingling with editors and other industry guests was the Kenneth Cole team, including chief creative officer Kenneth Cole, SVP and creative director Ingo Wilts and CEO Paul Blum.

And on Wednesday evening, Stuart Weitzman mingled with a new friend at his Fifth Avenue store in New York: The Man Repeller blogger, Leandra Medine. Solange Knowles was also on the scene, acting as DJ for the night.

Medine, who arrived at the consumer event wearing Weitzman’s Capsize style, said she is a fan of the brand and his on-trend styles. “Pointy-toe shoes are definitely having a moment again. I love the steel toe and they’re pastel, so they’re quenching the spring trend thirst in three different capacities,” said Medine.

After meeting the blogger and stylist for the first time, Weitzman echoed a similar sentiment about her fashion knowledge.

“Turns out she’s as crazy about fashion as you would imagine.” So would the pair ever collaborate in the future? Maybe, and Medine already has a specific style in mind. “We can do a floral fatigue five-print shoe with 7-inch heels,” she said.

Also that night, the Trump family was out in full force to support the launch of Ivanka Trump’s first ready-to-wear collection and runway presentation at Lord & Taylor.

Spotted applauding proudly in the front row was her mother Ivana Trump — who was particularly enamored of a bright pink shirtdress and a tan safari-inspired look — as well as father Donald, brothers Eric and Donald Trump Jr., and her husband Jared Kushner.

The designer herself looked radiant wearing her own designs from head to toe, and beamed from her front-row seat as the models took to the catwalk. When it was all over, Daddy Trump jumped immediately to a standing ovation.