Faces at the CFDA Awards 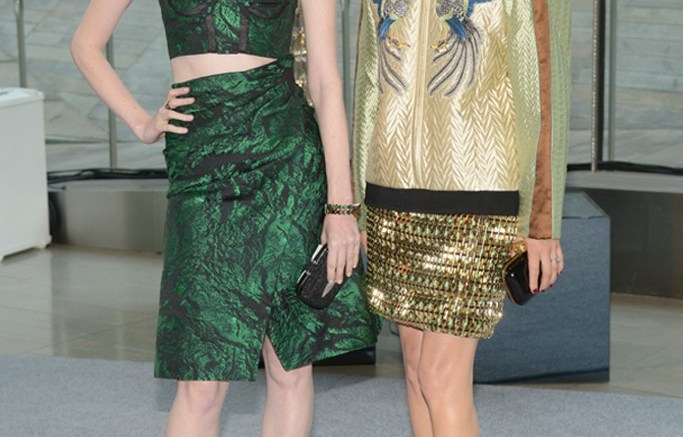 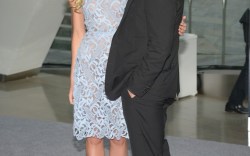 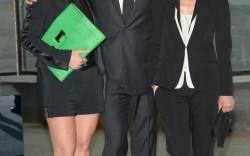 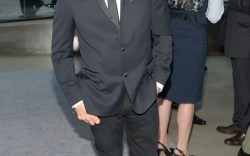 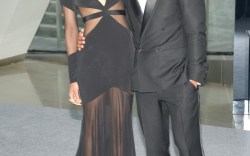 It was a big night for the footwear industry, both on and off the red carpet at the CFDA Awards on Monday.

Tabitha Simmons, who spoke at the FN Summit earlier that day, was honored with the Swarovski Award for Accessory Design during the event at Lincoln Center in New York.

“It’s a huge honor to be recognized by your peers,” she said, adding that she was “absolutely nervous” up until the announcement.

Designer Reed Krakoff was awarded the Accessory Designer of the Year honor, presented by actress Jessica Pare of “Mad Men.” And Kenneth Cole introduced Theory founder and CEO Andrew Rosen, who was recognized with the Founders Award.

It was also a strong showing for shoes on the red carpet. Nicholas Kirkwood, Brian Atwood and Christian Louboutin were among the top footwear labels for attendees.

Zoe Saldana arrived with designer Prabal Gurung, donning a pair of heels designed by Nicholas Kirkwood (in collaboration with Gurung).

“They’re comfortable and I have been channeling that kind of indie, sensual woman look lately,” she said, adding that comfort is key for her red-carpet looks. “It’s imperative that you need to be able to walk in the shoes, at least a little bit. You can look great while posing, but you have to get from here to there.”

Actress Busy Phillips opted for a pair of black patent Brian Atwood pumps. “They are super sexy and they always stand out, no pun intended,” she said, adding that she had never met the designer, but was hoping to that night. “He can sign my foot,” she joked.

And indeed, Atwood was in the house, arriving with model Candice Swanepoel.

It was a busy day for the designer, who earlier in the day announced a deal with The Jones Group Inc. to sell them a majority stake in his label. “[Jones] is a great partner and someone who believes in the vision I have and is going to help me follow it through until the end,” Atwood said before receiving a giant hug from best friend and fellow designer Rachel Zoe.

A number of celebrities showed off their Christian Louboutin love, including Julianne Hough, Jennifer Tilly and Sophia Bush, who paired her heels with a dress featuring a thigh-high slit.

Meanwhile, designer Rebecca Minkoff came with her date and friend, Man Repeller blogger Leandra Medine, who was dressed in head-to-toe Minkoff designs. “We had three or four fittings together. She made me some silhouettes and I picked the ones I liked best,” said Medine, adding that she requested a little bit more of a Man Repeller touch to pair with the dress, resulting in a metallic studded vest. “I am kind of in heaven,” she said of the look.

Michael Kors also arrived with a model on his arm, Joan Smalls. When asked about the sexiest footwear look for women, he pointed to the pair of gold strappy Kors stilettos on Smalls’ feet. “A snake chain, jewelry on the feet,” he proclaimed.

But Kors wasn’t the only industry icon in the crowd. Tommy Hilfiger was on hand to receive the Geoffrey Beene Lifetime Achievement Award, and he had a number of fans in the room.

“I am so excited that Tommy Hilfiger is getting the Lifetime Award. I had the honor of not only working with him for four years but calling him a friend for many years,” said HSN CEO Mindy Grossman, who also chatted about the slew of celebs in attendance. Could any be potential on-air talent or collaborators for HSN? “I’ll let you know afterward,” she said.

Actress Lily Collins presented the additional Swarovski Awards, which went to Joseph Altuzarra for Womenswear and Phillip Lim for Menswear. Collins chose a pair of metallic pumps by Giuseppe Zanotti for her on-stage appearances.