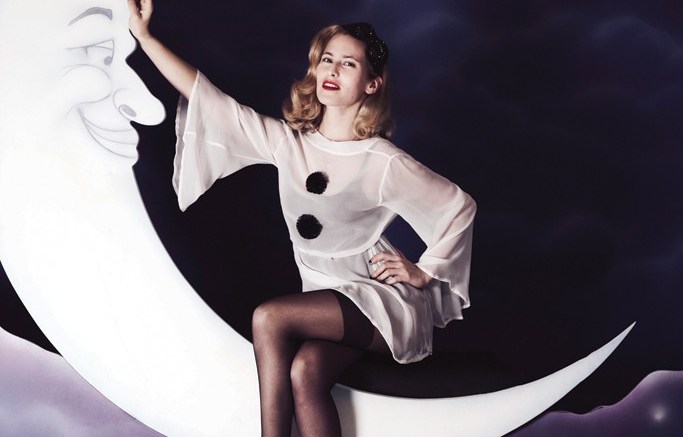 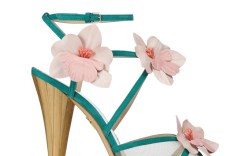 This girl is on fire.

“Charlotte has developed a cult following because her shoes are simply some of the most unique and beautiful styles out there,” said Holli Rogers, fashion director at Net-a-porter.com. “I love everything from her kitty-embellished flats to her matryoshka doll pumps, because not only are they really fun and irreverent but it is so evident that not even the slightest detail went unnoticed. Before Charlotte came along, no one was pairing these unexpected motifs with glamour and femininity, and that’s what gives her an edge.”

There’s no question her shoes stand out from the rest of the luxury pack, but Dellal’s success is as much about the designer herself as the styles she creates. “Charlotte is like a glamorous Hollywood siren — the hair, the red lipstick, the way she dresses. She’s the whole package,” said Neiman Marcus SVP and fashion director Ken Downing. “And she puts so much of herself in her shoes. They have a very personal voice.”

Dellal, the daughter of wealthy London businessman Guy Dellal and Brazilian model Andrea Dellal, got a backstage view of the fashion world at a young age, and she quickly became hooked. After studying shoe design at Cordwainers, she launched her own line in 2007, creating immediate buzz among fashion trendsetters and luxury retailers. (Dellal received Footwear News’ 2010 Vivian Infantino Emerging Talent award, which honors the magazine’s late fashion director.)

But the designer, an ardent admirer of Old Hollywood, was determined not to be a one-hit wonder. “I’m a firm believer that you can get away with a lot when designing accessories,” she said, “but I don’t want to create shoes I can’t sell. It’s always been about creating a true business.”

To help her do that, last year she enlisted Bonnie Takhar as chief commercial and merchandising officer for her brand. Takhar is the former CEO of Halston and was also previously chief commercial officer at Jimmy Choo.

This year Dellal and her team took the label to the next level by dramatically expanding the collection, which now runs the gamut from show-stopping pieces such as next spring’s poodle heels and Eiffel Tower–adorned sandals to her signature platform styles and best-selling “kitty” flats. In addition, she unveiled her new Runaway Bride line that is full of unexpected styles and colors, including icy blue, lipstick red and leopard prints.

“Charlotte’s collection has a very feminine appeal with the right balance of modernity. She has managed to convey that aesthetic in everything from her high platforms down to her ballet flats,” said Peter Harris, president of Hong Kong–based Pedder Group.

The development of the Asian business, coupled with strong momentum in the U.S. market, has been critical, said Dellal. “It’s been great to see the brand do well in two areas that are so different.”

The designer took her biggest stateside step in May, when she opened her New York boutique, the label’s second branded location. (Her first shop is located in London’s upscale Mayfair neighborhood.) The uptown Manhattan space, on 65th Street near Madison Avenue, manages a modern and old-fashioned vibe with a romantic feel.

“The store was a big deal for us. America is an exciting market, and our store allows our customer to experience the label in a complete way,” said Dellal, who created special “Big Apple” clutches to celebrate the arrival of the boutique.

That distinctive vision and attention to detail is another way the designer successfully differentiates herself from her competitors, said Neiman Marcus’ Downing. He noted the department store has upped its assortment from the brand this year and now carries the shoes in 26 stores. Dellal also continues to rapidly expand her business at Bergdorf Goodman.

High-profile collaborations have helped create serious buzz along the way, including one this year with luxury lingerie label Agent Provocateur and a second with Olympia Le-Tan, with whom she created a special shoe and clutch to celebrate the book “Charlotte’s Web.”

“Collaborations are about finding the right fit. I was really lucky to work with two brands that share my sensibility,” Dellal said.

While she clearly has a full plate, the designer doesn’t rule out long-term expansion into other fashion categories. “I have a wish list,” she said, “but we’re still very much at the beginning.”