A Day in the Life of Jerome Rousseau 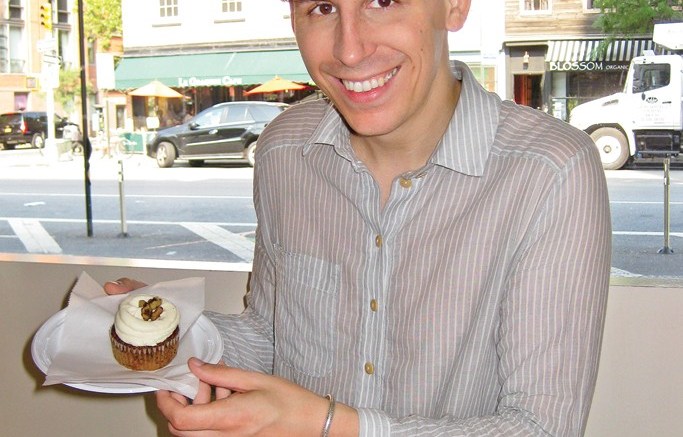 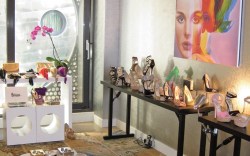 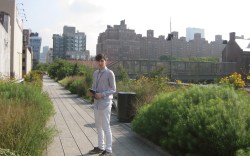 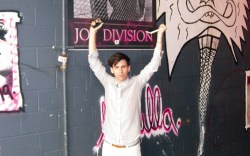 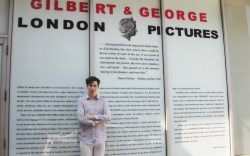 On a blistering hot day during market week this month, Footwear News tagged along with Canadian-born designer Jerome Rousseau for a tour of his Big Apple haunts. From a preview of his collection at the Dream hotel to a stroll down gallery lane, it was a day of haute inspiration — with a mission to find the perfect treat. The designer said 2012 has already been what he calls “massively busy,” with sales that doubled over the previous year. And with a handbag line on the horizon and a planned foray into pre-collections, Rousseau is preparing for another record year.

9 A.M. I meet Jerome at the Dream Downtown hotel, where the designer has set up camp to show his spring ’13 line. I am greeted in the sun-filled suite by a collection rife with pastel colors, feminine details and spot-on silhouettes. But a special surprise awaits, too: the unveiling of a small selection of clutch handbags and minaudières, which the designer plans to launch for spring. “It’s only four styles, but I am extremely pleased with the offering,” he said. “And I’m proud to say they are made in the U.S., which is something that’s very important to me.” How did he get into the specialized factory in California? Jerome confesses, “The shoes did the work for us.”

10 A.M. The designer proceeds with one of his best-known signatures: a walk-through of the new collection revealing his inspirations. “I do try to make it meaningful,” Jerome responds when I express my fondness for this tradition. From postmodern art to unexpected nature — a lilac cactus, an albino boa and crystal meteorites— he shows his compendium of references. “Nature is the best designer.” On the subject of pre-collections, Jerome says he is delivering select styles early, but aims to begin offering separate lines by next resort season, mostly to satisfy demand from major accounts such as Barneys New York and Saks Fifth Avenue.

11 A.M. We venture outside into the heat for a stroll along the High Line. “This is one of the most beautiful places in New York,” Jerome says. “It breaks the city mood completely.” While the Beachwood Canyon, Calif.-resident is an avid cycler, we opt to forgo fitness for treats, in particular a cupcake at Billy’s Bakery. While indulging in a carrot cake delicacy, Jerome confesses he receives a regular “thank you” dozen from clients and friends. “Good thing I love them!”

1 P.M. When asked about his dream runway collaboration, Jerome confides that his ideal partnership might come to fruition this fall. The designer recently spoke to Alexis Mabille about spring ’13 in Paris. And Jerome relays another similar story of serendipity: Elli Medeiros, the singer/songwriter of French 1980s electro-pop group Elli et Jacno, one of his biggest musical and fashion inspirations, reached out after Jerome publicly spoke of his love for the group. Medeiros even asked the designer to pen the intro for the reissue of the group’s top record, “Tout va sauter.” “How brilliant life is when, through my work, I get asked to be part of something I have admired for so long,” Jerome muses.

2 P.M. Our next stop is the Sonnabend Gallery, where a Gilbert & George exhibition is on view. “Gilbert & George are shocking without trying to be,” Jerome explains of the photographs capturing less-seen cross-sections of the London population. “[Their work is] anchored in culture showing the dodgy side of London, exposing important things.” Next, we pass the Paul Kasmin Gallery, which represents James Nares, one of Jerome’s favorite artists. “His brushstrokes-on-canvas series has inspired whole collections and color palettes of mine,” the designer notes. And then we pop around the corner to Commes des Garçons, another source of influence.

4 P.M. Finally, we stop into Chelsea Market. In the Manhattan Fruit Exchange, we search for the designer’s favorite treat: the mamey fruit, which he first encountered in El Salvador and has been on a mission to find ever since. “When I got back, I traveled to all the fruit importers in Southern California, but finally had to enlist a friend in Florida to FedEx me a small shipment,” he said. “It was dangerous because you’re not supposed to ship fruit into California, but you would understand if you could try it!” Unable to find it in New York, we have to settle for chocolate truffles, but promise to continue our pursuit on our next visit.