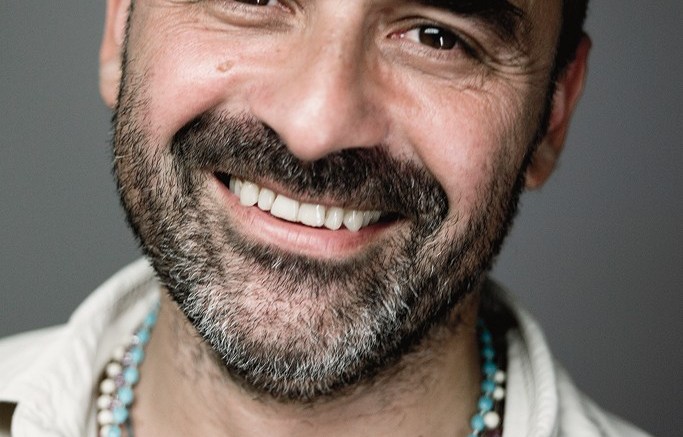 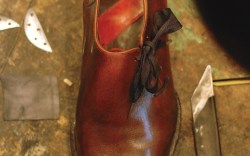 Bespoke shoemaker Norman Vilalta doesn’t talk price and refuses to name drop. Such discretion has earned him a stable of high-caliber clients the world over.

Now he’s attempting to bring his business to an even broader group. Vilalta has taken on two business partners and is exploring how he can grow into a luxury lifestyle brand.

“We don’t want to be the biggest company; we want to be the most innovative, most exclusive,” said Vilalta. “Our product is a relationship with a client. Even if we are doing a collection for one client, each shoe is unique.”

For Vilalta, expanding means potentially opening workshops, such as the one he has in Barcelona, Spain, in other large cities.

But the designer didn’t start out in shoes. Originally an intellectual capital attorney in his native Argentina, Vilalta spent weekends working at a Buenos Aires bespoke shoe shop. Within months, he left law and traveled to Florence, Italy, to become an apprentice to Stefano Bemer, the cobbler who gained acclaim after actor Daniel Day Lewis spent a year learning the trade with him.

“To learn to make shoes this way takes between five and 10 years,” said Vilalta. “I do shoes because of the beauty. It’s my way to express myself. And I have a gift with my hands. I can do anything I want, ever since I was a child.”

In 2004, he opened his own shop in Barcelona, where he has worked with members of the royal family, chefs, artists and other prominent figures. Here, Vilalta talks about his dreams for his business’ future and why creating art remains his most important achievement.

You are in the midst of developing a business plan. What is the status?
NV: We have a plan that is naturally the anti-business plan. We are focused on making a team with [more] people, [as well as] innovation and our clients. Everything we do, we do with those three objectives. And then, of course, there is the “brandification.” It’s everything. But our approach is completely different. We aren’t building a brand as usual. We are building experiences, which takes time.

What kinds of experiences are you building?
NV: My greatest client is a guy I spend hours with talking about other things that are not shoes. At the end, those conversations [develop] a relationship with my clients, and I love that. But I never talk about prices and the name of the clients. I have clients who are collectors and have masterpieces in their homes. For me, it’s a journey when I am with an interesting client because I go to places that are fantastic and where you can see a Mondrian — and that could be a [security] issue.

Is there a much larger base of clients out there who can afford what you are offering?
NV: Imagine how many people are in the world who want to have a unique piece. That’s the [potential] quantity of my clients. People want to have a personal collection made for them, or are searching for a brand that is completely true in terms of how it’s made. It’s really wide.

What’s the hardest part of staying true to your vision of pure beauty?
NV: I can’t say it is hard. It’s not hard if you are convinced of what you have to do. It’s a lot of work. Because there are no shortcuts. And it’s very important to learn. The hardest part is [working with] the human being and making a team. But when you believe what you are saying, people understand. Nothing is hard because we are brave. We have the guts.

Do you have any role models who have built businesses in ways you admire?
NV: You’re going to laugh. Of course I admire some shoemakers, such as Ferragamo and Roger Vivier, but my role models are from the other side [of commerce]. I love more artists than shoemakers. We’re talking here about beauty. And the most important piece is the art. I am crazy about shoes, but really I do it for the beauty. I admire many people outside shoemaking. For example, there is an important chef, Ferran Adrià, here in Spain. He changed more than cooking. They inspire me a lot, people who change something.