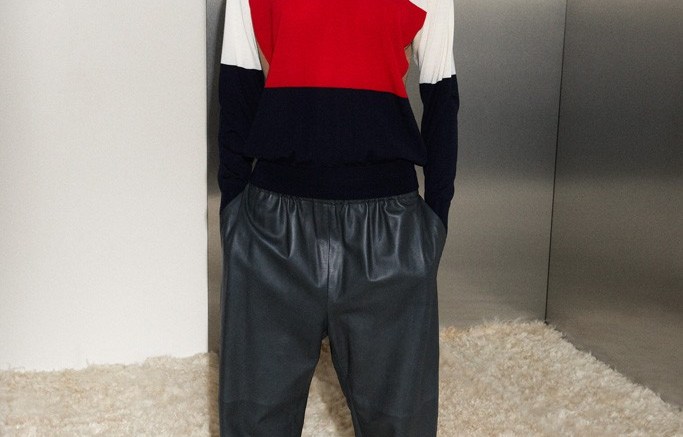 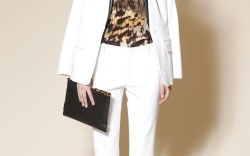 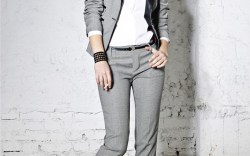 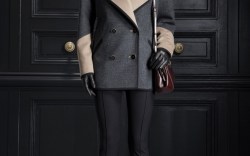 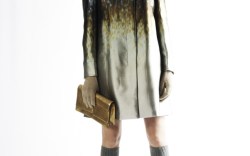 Pointy-toe pumps … Smoking slippers … Ladylike bows … A host of boots … As the pre-fall shows come to a close, it’s clear that designers have upped the ante with updated silhouettes and clever details on some of the hottest looks.

The single-soled pump makes a swift statement for pre-fall, with the pointy-toe look clearly back on top. Designers often paired the style with man-tailored suits to give the ensembles a feminine feel. Such was the case at both Céline and Yigal Azrouël, while a more tongue-in-cheek take on the tux appeared at DSquared, also grounded with a pair of pointy-toe pumps.

Fresh takes on the pump also came from New York designers Alexander Wang and Diane von Furstenberg, who both experimented with a higher vamp. Wang still managed to show toe cleavage via sheer nude mesh on his version of the court shoe. And the word “shoetie” comes to mind to describe von Furstenberg’s latest footwear silhouette, where the vamp has crept up almost to the ankle on a slick black leather slip-on with square toe.

And menswear-inspired styles continue, with sleeker lines and richer details coming on strong for pre-fall. Gucci riffed on the penny loafer with a sleek high-heeled pump, while two-tone oxfords looked fresh again in black and blue at Carven. The smoking slipper received a sophisticated update at Valentino with an oversized stud detail, while Stella McCartney and Lanvin both opted for tailored bows for their signature smoking styles.

In fact, the bow also popped up in multiple incarnations of flats, pumps and even boots. Kate Spade worked the delicate ballet bow onto colorful pumps. And Nina Ricci added a matching bow to snakeskin ankle boots. Sonia Rykiel preferred her bows untied, opting for an accordion ribbon embellishment for both flat loafers and mid-calf boots.

In the boot category, Balenciaga added a pointy toe to edgy low-heeled ankle boots featuring mixed materials and wedge-like cone heels. At Diesel, a shearling trim added a luxe vibe to a wedge boot. Burgundy emerged as an important color for the season, appearing at Chloe in an unadorned knee-high style with square toe.

Givenchy tapped into a space-age military mindset for extra-high knee boots with a leather overlay and tailored buckle that were color-matched to each look. And Versace took its boots up a notch, showing up-to-there leather styles featuring a metal-capped, pointy-toe, biker-meets-schoolgirl look made with equal parts herringbone and leather.