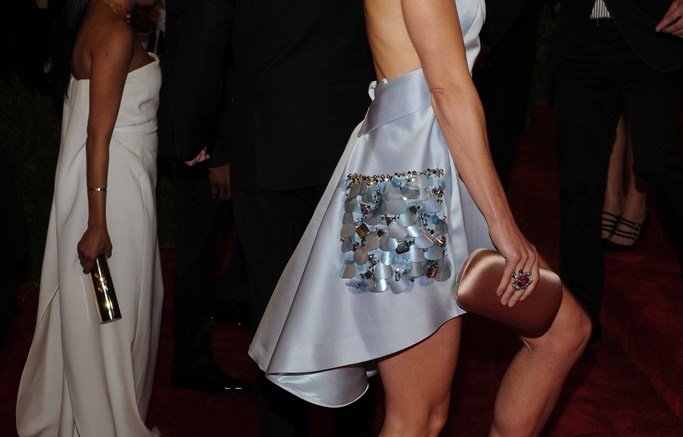 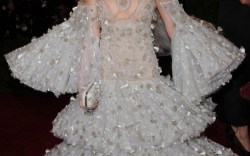 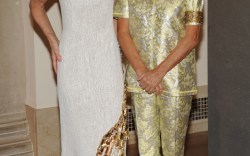 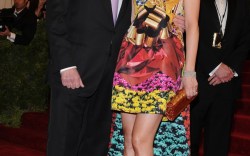 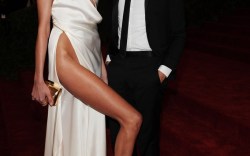 From Hollywood starlets to fashion’s crème de la crème, the red carpet was packed with big names at Monday night’s Costume Institute gala at the Metropolitan Museum of Art in New York. And the fashion — albeit sometimes costume-like — did not disappoint.

In celebration of this year’s exhibition, “Schiaparelli & Prada: Impossible Conversations,” the spotlight was on Miuccia Prada, whose creations were donned by A-listers including Gwyneth Paltrow, Eva Mendes, Jessica Biel, Kate Bosworth and Carey Mulligan, who co-hosted the evening’s festivities. Red-carpet favorites Christian Louboutin, Givenchy and Alexander McQueen were also well represented among the well-heeled crowd.

And while some attendees took the opportunity to push the envelope with fashion-forward designs, most kept their footwear simple, with classic pumps and ankle-strap sandals peeking out from underneath metallic gowns and structured columns with mega-trains.

The menswear, meanwhile, was mostly classic, with the occasional flourish, though smoking slippers, textured laceups and a few sneakers also made appearances on the red carpet.

Here, Footwear News ranks the top 10 shoes from the gala (and shows two bonus looks from the exclusive after party at the Harry F. Sinclair House on New York’s Upper East Side).