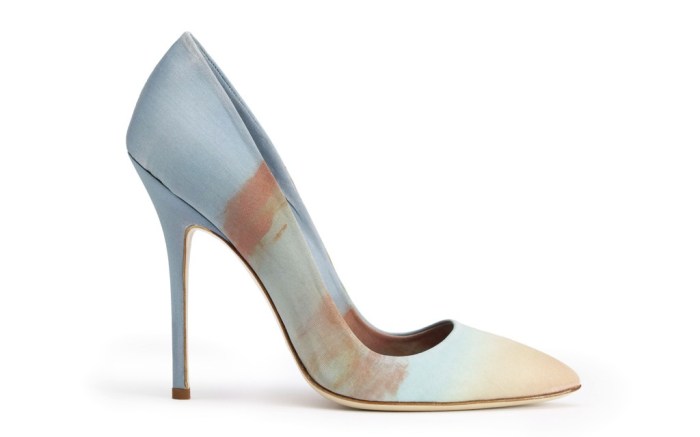 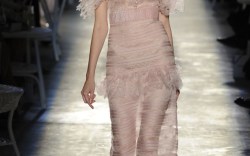 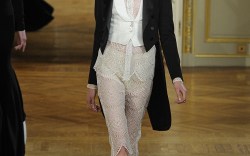 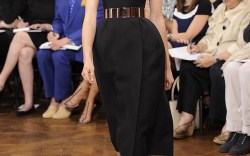 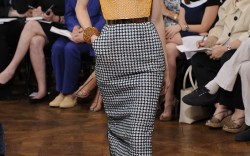 Less is more for the footwear at this season’s couture shows.

Rather than the over-embellishment of seasons past, the collections in Paris displayed a chic minimalism with feminine allure.

At Roger Vivier, creative director Bruno Frisoni sought inspiration from Marilyn Monroe for his latest Rendez-Vous collection. Of particular note was one style in which the designer applied an artful gradient onto a sleek, single-sole pump to beautiful effect.

At Chanel, Karl Lagerfeld experimented with sculpted high-vamp pumps featuring shield-like metal plating that jutted away from the toe and heel. While the style resembled a cap-toe from straight on, the profile view offered a glimpse of the cleverly sculpted metal add-ons.

A touch of shimmer was also central to the season’s couture offering, with metallic embroidery incorporated in the house’s classic tweed numbers and glittering hosiery in silver or nude accompanying a majority of the runway looks.

Ladylike grandeur was the call of the day at Alexis Mabille, where the designer employed up-and-coming shoe designer Inga Savits to create single-sole sandals topped off with oversized rear bows. The sandals, while minimalist from the front with only a single band of sheer mesh, created quite a stir upon their exit, showing a large ribbon bow.

And the ode to femininity continued at Christian Dior, where Raf Simons presented his highly anticipated first collection to an audience of clients, editors and peers, including Azzedine Alaïa, Alber Elbaz, Marc Jacobs and Donatella Versace. For the footwear, Simons opted for updated pointy-toe pumps, some with asymmetrical straps and appliqué embellishments, and others in two-tone colors, mixing materials such as PVC and suede.

Giambattista Valli embraced color and prints for his latest couture offering, showing a palette of rich emerald and ruby jewel tones and an eye for floral and butterfly patterns. The designer’s refined ankle-strap sandals added a sweet finish to structured dresses, with the vibrant green and nude satin style making a particularly smart impression.

Leave it to Donatella Versace to lend a gilded rock ’n’ roll edge to the season’s couture shows. While the palette was largely pastel, her looks were anything but tame. The footwear was likewise an edgy counterpoint to the season’s demure classics. Platform pumps in nude, pale blue and rose gold showcased a multitude of buckle straps rising to mid-calf height.