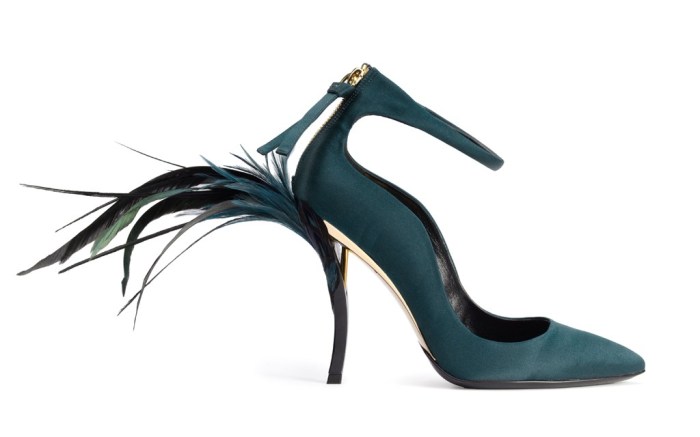 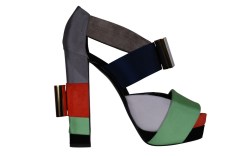 The Museum at The Fashion Institute of Technology in New York is putting the focus on footwear in a new exhibition titled “Shoe Obsession.”

The show, on view Feb. 8 to April 13, 2013, examines the ever-growing fascination with extravagant and fashionable shoes that, according to FIT, has surpassed handbags as today’s “it” accessory. Valerie Steele, director and chief curator of the museum, co-curated the exhibition with Colleen Hill, associate curator of accessories, and Fred Dennis, senior curator of costume.

“Shoe Obsession” will feature about 150 contemporary styles, highlighting extreme and imaginative looks that have helped catapult footwear into the fashion spotlight. These items come from established designers, fashion houses and newer names.

Included in the exhibition are silver rhinestone-studded shoes by Manolo Blahnik and Christian Louboutin’s spiked Pigalle pumps from his fall ’12 line, as well as a fall ’12 feathered pump from the limited-edition Rendez-Vous collection by Roger Vivier’s artistic director, Bruno Frisoni. Additional looks are by Nicholas Kirkwood, Alexandre Birman, Alessandra Lanvin, Charlotte Olympia Dellal and others.

The show also has a celebrity angle, with a pair of 18-inch Lady Pointe shoes by Japanese designer Noritaka Tatehana that were worn by Lady Gaga in a television performance.

On the flip side, the curators have featured shoes from everyday women with extensive personal collections, including jewelry designer Lynn Ban who owns 20 pairs of heels by Azzedine Alaïa.

The exhibition will be accompanied by a book titled “Shoe Obsession.” Royalties will benefit the school.

Admission to the show is free and open to the public.