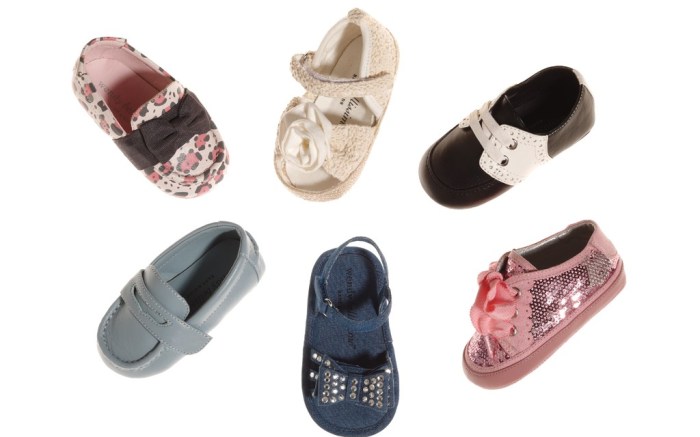 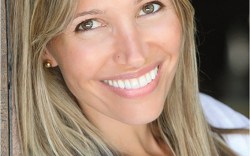 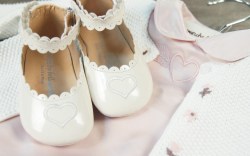 With products ranging from apparel to nursery décor, Wendy Bellissimo is a household name in the baby market. Now, the California-based designer is stepping into shoes with a sophisticated collection for babies and kids.

“Our business has always been really strong in apparel, so footwear is a natural extension,” said Bellissimo, who launched her eponymous brand in 1998. “We think it’s going to grow into a strong category for us.”

Bellissimo partnered with a major shoe company on production of the collection, but she declined to disclose details until the deal is finalized.

Featuring looks for girls and boys, the line is designed to complement Bellissimo’s clothing pieces, which she describes as classic with a fashion-forward spin. “There are specific styles that coordinate back with the apparel, but also styles that work into any wardrobe,” she said. “We want to give parents easy solutions.”

To that end, the collection also will include a selection of core, year-round styles, such as quilted Mary Janes and loafers, in addition to seasonal offerings. “The idea is to have those go-to shoes that customers keep coming back for,” Bellissimo said. “One thing I’ve heard over and over from parents is that it’s frustrating when you find a style you love and can rely on, and then it’s suddenly not available. You have to start searching all over again.”

Highlights from the spring ’13 assortment include crocheted espadrilles and metallic gladiator sandals for girls, and distressed chukka boots and fishermen sandals for boys. The line is priced from $20 to $28.

“When we first started the company, we were selling to higher-end boutiques and specialty stores, and I received a lot of feedback from moms saying, ‘I love your brand and what it’s about, but I just can’t afford it,’” Bellissimo said. “As we’ve branched out into a full lifestyle offering, our goal has been to make our products attainable. We’re trying to deliver a lot of style and value.”

The Designer
Wendy Bellissimo began her career as an interior designer before launching her namesake line of home décor items. She soon found her niche in the booming baby market, creating crib bedding, nursery furnishings, Moses baskets and more. Bellissimo’s designs have gained her a loyal following among Hollywood moms, including Kelly Ripa and Denise Richards, who commissioned her to decorate their daughters’ nurseries.

The Inspiration
A mother of four girls, Bellissimo looked to her own family and experiences as a parent when creating the collection. Her interior design background also came into play, influencing the shoes’ unique material combinations and attention to detail.

The Buzz
Bellissimo’s line will target a mix of retailers, including big-box chains, department stores and boutiques. Gilt.com was one of the first accounts to pick up the collection. “Our members love Wendy’s designs,” said Rachel Jarrett, GM of baby and kids’ at Gilt. “The shoes are classic with a trendy twist, a combination that’s hard to find in the kids’ footwear market. Wendy’s attention to detail is impeccable — you can tell everything from the stitching to the bow details is well thought out.”