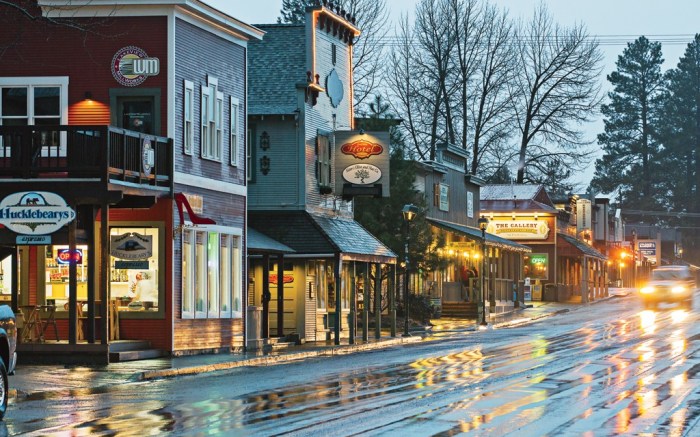 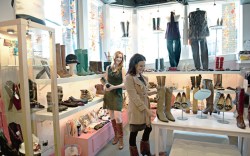 Footwear is holding its own in winter resort areas, despite a season that’s been hard to forecast.

“The underlying [boot] trend is strong,” said Lisa Hagerty, owner of the Well Heeled boutique in Stowe, Vt. “We sell function as a secondary feature to style, and even in a ski resort town with no appreciable snow between Thanksgiving and Christmas, [our sales are] still up [from last year].”

Hagerty added that La Canadienne, Aquatalia by Marvin K., Frye, Timberland and Pajar have been strong sellers in the boot category, and she listed Coclico, Cynthia Vincent, Stuart Weitzman and Donald J Pliner as standouts for non-boot women’s styles.

In Aspen, Colo., the Bloomingbirds shop has also been doing swift business with La Canadienne and Aquatalia by Marvin K., as well as Tecnica and Manas, according to owner Patty Patterson.

“Our sales have been very good, and we have done well with snow boots,” Patterson said. “We are about even with last year. I don’t think the weather affected our holiday sales. Right now we have Brazilian and Australian tourists, which is typical for this time of year.”

Tourists have been harder to come by in Sisters, Ore., said John Cheatham, owner of Sundance Shoes. “We haven’t had much snow, and that has really hurt the ski resorts,” he said. “There is some skiing, but it’s minimal, and a lot of tourists who would usually come to enjoy the snow aren’t coming [this season].”

Cheatham noted the lack of foot traffic has translated into a weaker season for Sundance Shoes, with sales down about 9 percent from last year.

“We are hoping the weather will change, but we’re getting into January,” the retailer said, adding that brands that usually move fastest at his store are Ugg, Ecco, Clarks and Sorel. “Most people won’t buy boots in February because they think it’s too close to spring. February is usually a slow month.”

On the flip side, retailers in Jackson Hole, Wyo., have been seeing more customers than usual, said Brianna Farmer, GM of The Bootlegger. Her store’s sales are significantly up over last year.

“A lot of it has to do with an increase in local shoppers,” Farmer said. “Jackson did a huge initiative [to promote] shopping locally in 2011. That helped us a lot.”

She also observed that while Jackson Hole has had less snow than usual, it’s still seen more accumulation than many other winter resort areas, which has slightly boosted tourism.

Brands selling well at The Bootlegger include Sorel and Tecnica. “The rainbow [Tecnica] style inspired by the 1970s sold out quickly,” Farmer said.

At Rodeo, a resort boutique in Jackson Hole that carries footwear and apparel, manager Josephine Fleming said Golden Goose is the best-selling boot brand. “The [warmer weather] has been bringing more people into the store to shop,” she added. “It has increased our sales [over last year].”

A state over, in Park City, Utah, tourists are also spending more time shopping, especially for fashion-focused footwear such as boots and booties from Seychelles and Timberland, said Lori Harris, owner of Mary Jane’s. “We’ve had way fewer tourists, but people who did come to town chose to not spend as much money on skiing and other winter sports. Instead, they decided to go shopping.”

While Mary Jane’s 2011 sales topped the previous year’s, Harris attributed that increase to the first half of 2011, not recent activity. “I’m a little pessimistic right now,” she said. “Normally, I would use December and January to get into really good financial shape, but this year I might hold tight to January and cut back on inventory. I’m not going to buy heavy into spring because as soon as we hit April and March, it’s really quiet here.”

Still, Harris added that with the Sundance Film Festival turning Park City into a star-studded party mecca this week, sales could heat up in a hurry.

Not to mention there’s always a chance the weather could turn. “We could get hit with a huge snow storm that could turn everything around within four days,” Harris said.