The Webster Redefines Fashion in Miami 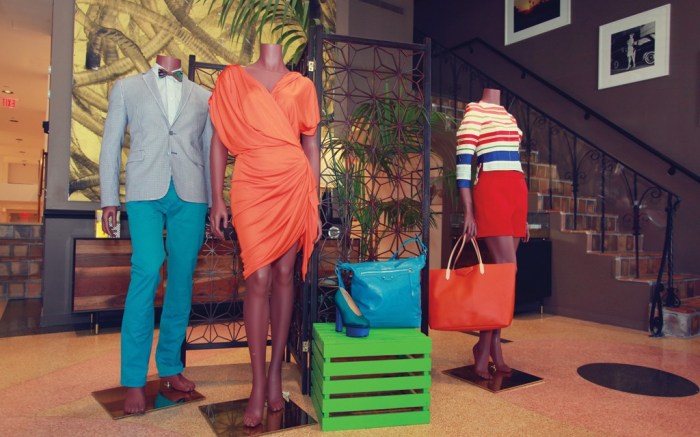 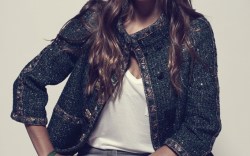 In three years, The Webster has reignited Miami’s South Beach fashion scene. Now, the store has broadened its reach thanks to a collaboration with Target on a collection of apparel, footwear and accessories.

“We put Miami back on the fashion map,” said co-owner and CEO Laure Heriard Dubreuil. “Miami was super strong in fashion at one point, but then it stopped for a long time. During our time here, we’ve seen it evolve. Lanvin opened its first store here after Paris, even before New York. Balenciaga opened a store here, too. It’s really good and exciting, and we were the first to do it.”

Dubreuil said the success of the store, which celebrated its third anniversary on June 1, comes from her unique eye for fashion and an exclusive product assortment. “I split my time between Miami, New York and Paris, and I’m traveling a lot,” she said. “I go to China a lot. I’m French. All this combines to make my selection different from [that of] any other store. I only buy things I love. They are, of course, fashion-forward pieces, but it’s also important for me to buy timeless pieces, not pieces that are out of style in a few months. I want pieces that you can give to your sons or daughters, or you can wear all your life and still feel good.”

An extensive fashion background also proved vital as Dubreuil mapped out her vision for The Webster. After studying Mandarin for eight years in France and China, she moved to New York to attend the Fashion Institute of Technology and landed an internship at Balenciaga. That led to a full-time position working on store openings and merchandising. “It was an amazing opportunity,” she said. “I worked on redoing the store in Paris and opening the one in New York. It was a very small team, so I got to do a lot. I had a lot of responsibility at a young age.”

She then moved back to Paris to become a merchandiser at Yves Saint Laurent. But a rainy day changed her career path and gave birth to an idea that would become The Webster. “I decided I wanted some sun and I wanted to move back to the States,” said Dubreuil. “So with my partner, Milan Vukmirovic, we decided to open a store in Miami.”

The duo chose to restore a historical 1939 building the city’s famed South Beach neighborhood that was designed by art deco architect Henry Hohauser. The three-story, 20,000-sq.-ft. store took two years to renovate. The finished product incorporates many of the classic traits of the building, including the lobby and façade.

The first floor features contemporary daywear. On the second floor, the store takes on a more luxurious, yet relaxed feel for its designer department, with chocolate-brown walls, thick carpet and velvet sofas. Vintage wallpaper, in a print that has become one of the store’s hallmarks, is also featured throughout the floor. The third floor and rooftop deck are used for events and special exhibits.

While 20 percent of sales are in footwear, The Webster doesn’t have a dedicated shoe department. Instead, styles are displayed on tables, below mannequins and with racks of apparel. “I like to switch things around a lot,” said Dubreuil.

The store stocks a variety of labels, including Balenciaga, Céline, Lanvin, Tom Ford, Pierre Hardy, Sergio Rossi, Proenza Schouler and Chanel. “We’re one of the few multibrand stores in the world that can carry Chanel, and we’re very proud of that,” Dubreuil said. Price points range from inexpensive Havaianas sandals up to $1,500 for designer product.

“I’m extremely pleased to sell my collection at The Webster in Miami,” said footwear designer Alexandre Birman. “I’ve been traveling to South Beach for years, and I could not think of a better fit for my shoes there. Laure Dubreuil has impeccable taste to select the most avant-garde pieces from my collection.”

Many styles that the store carries are exclusive to South Beach, to Miami or to the U.S., Dubreuil said.

That exclusivity is essential to appealing to the store’s discerning clientele of well-traveled customers. “They shop everywhere, so they know when they see pieces they haven’t seen before,” said the retailer. “It’s definitely people who have an eye for fashion and are looking for special pieces.”

Most recently, Dubreuil took her fashion sense to the masses last month through The Webster for Target collection, that includes an assortment of apparel, footwear and accessories designed for the chain. Footwear in the offering includes ballerina flats in two prints, one with a floral pattern derived from the store’s vintage wallpaper and another with a print inspired by the art deco architecture of Miami. The collection also features a platform espadrille.

“This was just a wonderful process,” said Dubreuil. “The collection really has the DNA of The Webster. I’m very proud of this collaboration.”

Target spokesperson Jessica Carlson also expressed her delight with the project. “We immediately recognized The Webster as a special shop that we wanted to be able to share with our guests,” she said. “The Webster has built itself the reputation of putting Miami back on the map as a go-to fashion destination. Its selection is unique and expertly curated, and its classic art deco décor and beachy vibe was easily translatable into the collection.”

Next, Dubreuil plans to dedicate her time to improving the store’s website and e-commerce business, and is beginning to think about private-label footwear and additional stores. But for now, she said, she most wants to take time to savor the store’s success.

“I want to enjoy the moment right now,” she said. “Then, I’ll see what will happen next.”