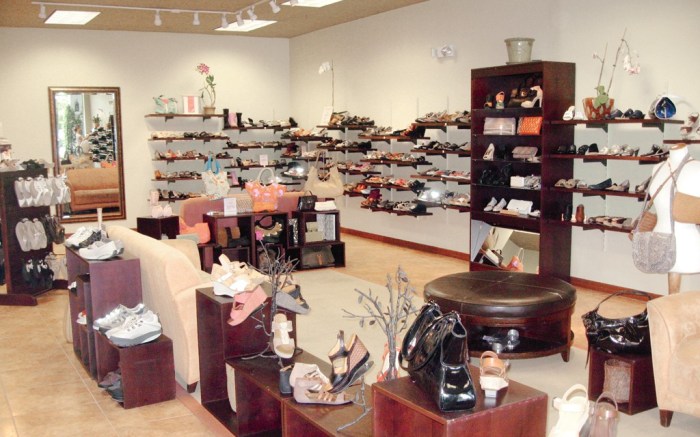 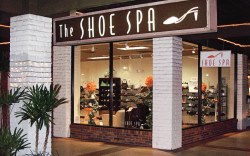 Florida-based The Shoe Spa hopes its snowbird clientele will continue to shop the store long after they fly home.

With half its consumer base made up of people who winter in the area, the comfort retailer debuted in April an online business to service those customers year-round.

“When these people come to town for the winter, business is booming,” said co-owner John Weingarten, noting that the high season is between October and April. “When they go home, our business has a dramatic drop-off.”

The Web business has the potential to contribute 10 percent of overall sales, according to John’s son Michael Weingarten, who oversees the site. “It’s like running a second store,” he said.

While the website currently is treated as an added service, the Weingartens aim to build it into a standalone entity that could service customers unfamiliar with the brick-and-mortar location. So far, 30 percent of sales have come from new customers who learned about the site through searches on Google, as well as social media platforms such as Facebook, Twitter and Tumblr.

The family-run retailer, located in the tony town of Palm Beach Gardens, opened its doors in late 2005. Beth and John Weingarten retired to the area in 1994. However, the couple decided to give up their relaxed lifestyle when their son Brent, who is a sales rep with Naot, introduced them to another vendor rep with a striking observation. “He said there weren’t any really good shoe stores in [our] area,” recalled Beth Weingarten.

With no prior footwear experience, the couple turned their 2,400-sq.-ft. store into a $1 million-plus business focused on the luxury comfort category.

“Our goal is to make $2 million a year,” said Beth Weingarten. “It’s my goal every day. I always expect business to be better.”

Customers run the age gamut from thirtysomethings to 70-year-olds. “Not everyone who lives in Florida is old. People of all ages have foot issues,” she said, referring to the many professional women who come in convinced attractive shoes are not comfortable. “I tell them they don’t have to cry. We have beautiful shoes.”

Among The Shoe Spa’s offering of 800 to 900 SKUs are styles from Dana Davis, Thierry Rabotin, Naot, Rieker, Kork-Ease, Gentle Souls and Earthies.

And when there is overlap, The Shoe Spa makes sure to offer a wider assortment of looks. “If Nordstrom does 10 styles, we’ll do a broader selection,” added John Weingarten.

“The store does a fantastic job of merchandising comfortable shoes in a designer atmosphere,” said Lisa Lovisolo McIver, East Coast sales manager at Thierry Rabotin. “They’re not afraid of color and newness. [We consider] the store a marketing tool for the brand because most of its customers own more than one home and travel frequently.”

Indeed, one-third of the store’s offering is priced over $300, although the average is less than $200, said John Weingarten. “We’re fortunate that the [top] 1 percent of the economy is our clientele,” he said, pointing out the store’s proximity to 18 gated communities with an estimated 2,000 homes valued at more than $1 million apiece.

Still, he added, even high-end shoppers have been impacted by the economy. “They’re buying fewer pairs, but still buying quality,” he said.

For the locals who frequent the supermarket and nail salon in the store’s strip center, Beth Weingarten stocks a selection of moderately priced goods from brands such as Onyx, retailing at $80. “For a lot of people, $180 [for] shoes is a lot of money,” she said. “I don’t want to blow them off.”

Michael Ciccia, owner of Cordani, who has been selling to the store for five years, said, “John and Beth really know comfort and how to match a customer’s needs to a shoe. They often call me with suggestions and ideas on how to make the shoes even better. As a designer, that’s the best possible situation. I get direct feedback on what works and doesn’t.”

Dana Davis, founder of her eponymous brand, agreed: “The Shoe Spa has been a great partner to us in many ways, not the least of which is providing valuable customer feedback. In fact, one of our new chic flats for spring ’13 was designed with suggestions [from the Weingartens] related to their customer requests.”