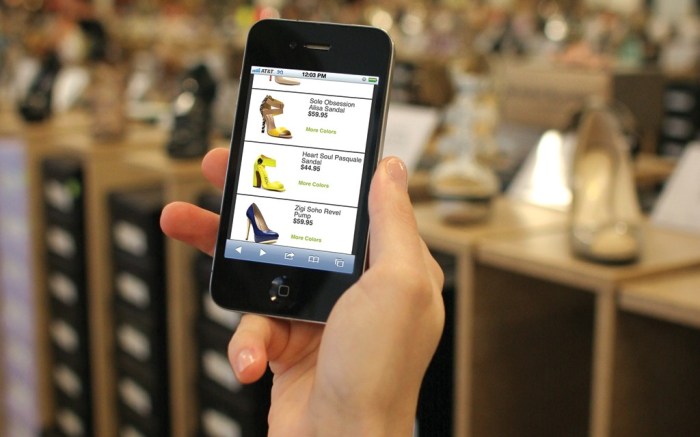 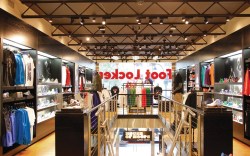 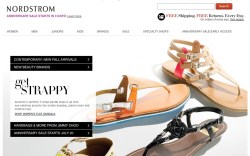 Retailers are on a crusade to redefine the consumer shopping experience.

In recent months, major department stores and footwear chains have announced plans to invest heavily in omnichannel initiatives — programs that aim to merge their different sales channels and create a universal shopping experience.

It’s a hefty endeavor, according to experts, including overhauling everything from marketing, inventory and customer service to back-office personnel and IT. But it’s one that shoppers are demanding.

“Consumers are now saying they want to shop multiple channels before actually making a transaction. And they expect a seamless experience,” said Natt Fry, senior executive in the retail practice at Accenture. “What that means is that retailers’ operating model of running their channels separately [doesn’t work anymore]. You’re starting to see big companies recognize that and say ‘we need to integrate the processes.’”

Fry noted that integration efforts require costly and time-consuming investments upfront. Companies have to not only revamp their infrastructure but find new talent to orchestrate the changes. However, he added, “over the long run, it will save money and help the company compete better. There are a lot of benefits on the other side.”

Saks Inc. Chairman and CEO Steve Sadove recently said his company expects to spend $30 million to $40 million this year on new technology and systems to help support its omnichannel plans.

One of the biggest hurdles so far, according to retail execs, has been the internal adjustments. “There are cultural challenges,” said Denise Incandela, chief marketing officer for Saks Fifth Avenue. “Retailers like us are trying to think now about how to enhance the cooperation across the channels. [But we’re used to] competing collectively and operating separately.”

Also, there is some risk of alienating consumers who are tech-averse. “You have to provide the experience the customer wants to have,” said Fry. “For years, retailers have talked about trying to drive shoppers into stores. Now, they realize their job is to put the capabilities in place for the customer to decide.”

“We are right now at the very center of a transformation,” added Simon Graj, founding partner of consulting firm Graj & Gustavsen. “It’s about recognizing who the customer is and how they really behave. They live everywhere and behave in ways that can’t be premeditated and controlled. But it’s a time of so much opportunity, so much is available.”

The opportunities are certainly growing. A recent report from ComScore Inc. found that online retail spending in the first quarter of 2012 totaled $44.3 billion, up 17 percent from the same period last year. And as for mobile shopping, the study noted that 38 percent of tablet owners had made a purchase on their devices in the last month.

Here, four top retailers describe how they’re tackling the omnichannel mission in terms of marketing, inventory, store experience and beyond.

Locker Talk
Consistency has been the No. 1 factor in Foot Locker Inc.’s omnichannel push, particularly when it comes to marketing, said Dowe Tillema, CEO and president of the company’s digital division.

“We talked about where we were and where we wanted to be. Part of that was a discussion about adding new features to our website, but the other part was [figuring out] how do we tell our stories consistently,” he recalled. “It started to reshape the way we talk to the customer.”

For the last three years, Tillema said, Foot Locker has worked to streamline its marketing so that the same types of messages and visuals appear online, in the stores or on a mobile device. “One of the things we’re most proud of is that we developed a mobile platform that is very similar to our Internet platform,” the executive said of the firm’s mobile site, which launched two years ago. “We have dual pages [for when the customer] is coming to us from the Internet or from mobile.”

He noted that has helped boost m-commerce’s contribution to digital sales, to the high-single digits. And Foot Locker has set a goal to spur its online sales to around 10 percent of total revenue by 2016, though Tillema is confident the company can surpass that number.

To help get there, Foot Locker is testing a consolidated customer database. “We’re looking through all the channels of customer behavior and figuring out the best way to interact with that customer,” Tillema said, adding that the final goal is to achieve personalized offers and 360-degree marketing that hits every consumer touchpoint.

All About Saks
Merchandise accessibility is also a crucial aspect of operating within an omnichannel model.

For Saks Fifth Avenue, that meant developing a system to share inventory across channels that can be accessed by both salespeople and customers. “If you go online, you can see what items are available in stores,” said Incandela. “We also piloted a program in our Houston store where you could actually reserve online and pick up in the store. Ultimately, we want to be able to ship from stores, but this is phase one. It’s a huge opportunity.”

Since launching its “find in store” functionality in January and completing the Houston project this summer, Incandela said the company has gathered useful information to help improve its customer experience. “This is going to be a multiyear project,” she said, “and we’re just at the beginning stages.”

However, the effort is worth it. Incandela noted that 70 percent of Saks’ online customers also shop in stores. “We have a huge omnichannel customer already,” she said. “We also know that the customer who shops multiple channels is worth four to five times more [in terms of spending] than the person who shops one single channel. And she’s a much more loyal customer.”

In the House
After seeing customers ask for more cross-channel shopping opportunities, DSW began a couple of years ago to merge the digital and in-store experience. Last year, the retailer debuted a mobile site and its “Shoephoria” system, where out-of-stock store inventory can be fulfilled by the website.

“A sales associate can look up product for a customer and find the size or color they’re looking for,” explained Roger Rawlins, SVP and GM of DSW.com. In addition to boosting sales opportunities, he said the program has had other benefits. “It’s allowed the associates another chance to service guests. It’s really improved our engagement with our customers.”

Rawlins noted that the Shoephoria program has succeeded without any marketing behind it. “We’re been relying entirely on word of mouth,” he said.

Other DSW initiatives in the works include a mobile shopping app, slated to debut in 2013. And the retailer plans to roll out addition functionalities for its new store POS system over the next year.

“Providing assortment, value and convenience are the core goals of our company, and everything we’re doing in omnichannel supports that,” said Rawlins, “especially from a convenience standpoint.”

Nordstrom Knows
As one of the pioneers of multichannel, Nordstrom has spent the last decade investing heavily in the effort.

Last year alone it distributed 6,000 mobile POS devices to sales associates in 117 full-line stores around the country. It also launched a mobile app, introduced free online shipping and returns, and kicked off a test program in three of its stores to offer same-day delivery for a flat $10 fee.

“Every year our No. 1 goal is to improve customer service,” said Colin Johnson, a spokesman for Nordstrom.

In the first quarter of 2012, Nordstrom’s sales, general and administrative expenses increased 18 percent year-over-year to $110 million, mainly related to customer service initiatives and improvements to its e-commerce business.

Johnson noted, though, that the company is now moving beyond long-term initiatives to focus on smaller customer-facing projects that build on its previous work. That includes tweaking the website with better imagery and working with top brands to create exclusive product and services.

For instance, this past spring, the department store debuted a six-month-long partnership with GQ, where a selection of men’s products picked by the magazine’s editors are sold online at Nordstrommen.com. The two companies also are joining forces on social media outreach and special in-store events for the fall.