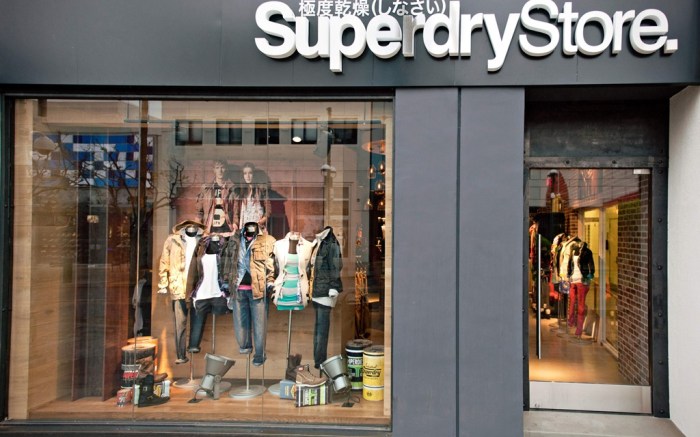 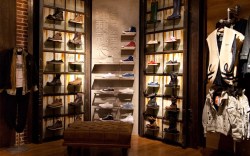 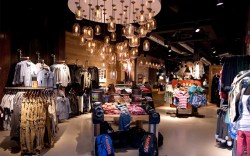 Superdry USA debuted its second Los Angeles-area store on Thursday on the Third Street Promenade in Santa Monica, Calif., and it’s the first to feature a dedicated shoe wall.

“We’re testing it to see how our customer responds,” said Rachel Mansfield, director of marketing and communications. “We’re going to retrofit stores with the wall beginning this summer on a case-by-case basis, likely starting with our flagship store on Broadway in New York, [which opened in 2009].”

In 2010, the brand branched out into footwear for the first time with a leather combat boot, which quickly sold out. The line has now expanded to include canvas sneakers, espadrilles and rain boots.

The 3,350-sq.-ft. store is the brand’s ninth in the U.S., and footwear makes up about 10 percent of sales companywide. But that could soon change with an additional New York location slated to bow later this spring with an expanded footwear department.

Plans are under way to introduce a 14,000-sq.-ft. store in Times Square in May. Details on the new shop are being kept under wraps, but Mansfield said, “It will be our second-largest store next to our Regent Street store in London.”