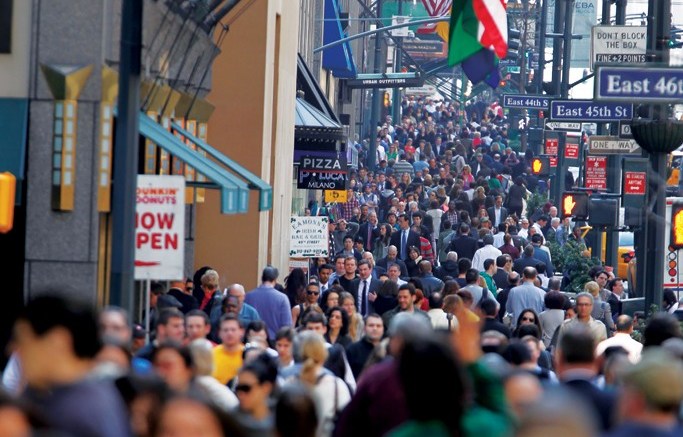 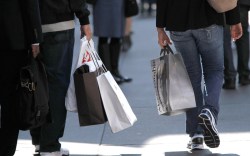 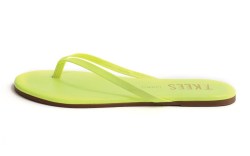 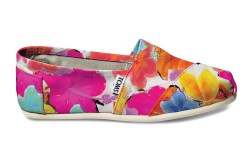 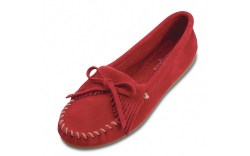 With unseasonably high temperatures hitting much of the country again last week, storeowners said they are recording brisk sales of spring merchandise, even as some still grapple with clearing cold-weather inventory.

“Warm weather is great for business,” said Gary Weiner, president of Richmond, Va.-based Saxon Shoes. “Customers seem a bit more open to spend money this spring than they have been. [Retailers] always want a cold spell in September and a warm spell in March. We’re getting a great warm spell right now, that’s for sure.”

Weiner, who is forecasting double-digit growth this season, said he is already seeing positive sell-throughs on open-toe shoes and has moved to offering late-spring product earlier than normal.

East Hills, N.Y.-based Singer 22 is also on a hot streak, with brands such as Superga, Jeffrey Campbell and Tkees leading the way. “Our spring definitely started earlier because of the weather,” said company CEO Jon Singer. “[Spring sales] are trending 35 percent higher than last year at this time.”

In Chicago, where record high temperatures were recorded in mid-March, flip-flops, sandals and moccasins have been performing well at City Soles.

“We’ve been hit by a wave of consumers because it’s suddenly super nice out,” said owner Scott Starbuck. “We’re a street location, so shopping is prevalent when there are more people outside.”

But the dramatic weather shifts haven’t been all positive.

The unexpected heat made it more difficult to sell through cold-weather merchandise that was left over from the mild winter, Starbuck added.

Rather than liquidating these items, he plans to hold on to styles such as snowboots until next fall. “The basic snowboot will be the same next season,” Starbuck said. “We’ll just box up our weather-type boots and pull them out again in September.”

“If you don’t have the weather, you’re not liquidating anything,” Kahalani said. “You’re just losing money for no reason. … You can bring it out next year and get the same margins.”

He added that he also plans on a smaller 2013 buy on cold weather items due to the extra merchandise still left in his inventory.

“[Retailers] had a weird fall season because the weather wasn’t cooperating,” Kahalani said. “Everybody was kind of scratching their head after this winter, and thankfully, spring is a new start.”

But not all retailers are as bullish. Park City, Utah-based Mary Jane’s owner Lori Harris said the mild weather put a damper on her business, which thrives on ski traffic.

With less snow than in years past, Harris is expecting flat sales gains this year, and she’s sitting on plenty of product.

“We’re going to come out of fall with a lot of extra merchandise,” Harris said, adding that she also will stow away unsold snowboots. Although spring footwear has been selling earlier than normal for this time of year, fashion-centric fall boots have been marked down at half off. Promotions may deepen in the coming weeks, depending on how business goes, she added.

Retailers in areas that have warm temperatures year-round have been less affected by the weather. For Miami-based World Class Footwear, the spring season looks bright.

“In South Florida, we pretty much only have a spring and summer, so we don’t have this critical weather problem that other people have,” said VP Gina Hanna. “We bring in a lot of our spring brands early [every year], especially for the tourists from Central and South America.”

With locations throughout Southern California, Kitson owner Fraser Ross is also expecting a strong spring. “We’ve always had that type of seasonal business influx,” he said.

Forecasting a 20 percent increase over last year, Ross is banking on shoes priced under $100 to drive most of the sales.

“Inexpensive shoes are actually the new black,” he said. “People will spend their money on that this spring. They want their high-end heel, but in general, they want more options in their flats.”

Ross added that spring styles from Minnetonka, Toms, Havaianas and Splendid have had a great start at his stores.

Brooke Jaffe, fashion accessories director for New York-based department store Bloomingdale’s, predicted that color-blocked sandals and single-sole pointy-toe pumps will be the hot sellers this spring. “We are most excited about color for spring in really saturated brights such as cobalt blues, bright corals and even neon pink,” she said.

And retailers may have a reason to be optimistic. According to Deloitte’s most recent spring consumer survey, 57 percent of shoppers polled feel the economy is performing better this year, compared with 52 percent in 2011.

Deloitte vice chairman of U.S. retail Alison Paul said these results, along with other factors, suggest a strong season for stores. “[Consumers] are edging up in confidence,” she said. “Between the really warm weather, retailers putting their spring merchandise on the floor and a somewhat better feeling on the economy, we think this bodes well for shopping.”

Although shoppers are still cautious about spending money, Paul noted that people are more willing to buy items such as shoes and accessories because they’re not “budget-busting” splurges. And the mild winter might have put a little extra money in shoppers’ pockets, because they weren’t buying cold-weather gear, she added.