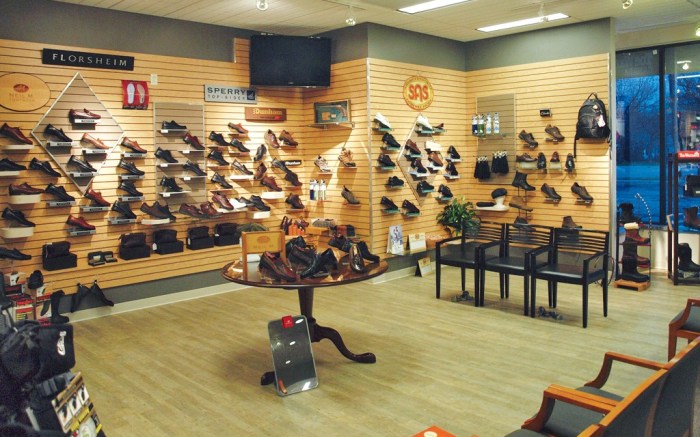 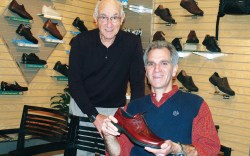 Mar-Lou Shoes is banking on bigger being better.

A fixture in Cleveland since 1958, the retailer moved into a new 9,000-sq.-ft. location in November that’s expected to generate double-digit sales growth this year and account for the store’s largest gains in 20 years.

“It’s truly a new beginning for us,” said co-owner Dan Ungar, whose father and partner, Bud Ungar, founded the business in downtown Cleveland as a destination for size-and-width dress shoes.

The new store, which specializes in European and U.S.-based comfort brands, has allowed the Ungars to create a more inviting environment and expand the product mix. They’ve also fulfilled their dream of becoming property owners. After decades of renting space in various downtown and suburban locations — they spent the last 16 years in a strip center in nearby Richmond Heights — the Ungars bought a building in the upscale suburb of Lyndhurst.

“From now on, rent goes to our family, and our customers will reap the rewards,” said Dan Ungar. “We will be able to better service them because our occupancy costs go down.”

The new location boasts an SAS shop-in-shop, a 400-sq.-ft. athletic area, a 500-sq.-ft. men’s department and a 300-sq.-ft. women’s dress shoe section. The remainder is devoted to women’s casual and career looks, sandals, boots and accessories, including socks and bags.

And although the store has a huge consumer following — it has more than 60,000 on the mailing and email lists — the Ungars said they take nothing for granted. They keep tabs on the competition, particularly nearby Nordstrom and the Internet. “You can find anything cheaper [online],” said Dan Ungar. “That’s a new reality.”

Acknowledging the growing importance of e-commerce, the Ungars recently hired Web expert Kevin Ornstein to build the store’s online presence, one that could eventually account for 10 percent of sales in the next two to three years. “I have made a financial commitment to making our website a true part of our business,” said Ungar.

Although Mar-Lou plans to grow its Internet business, it will not play the pricing game. Instead, the store’s owners plan to compete on a decades-old philosophy of fit and selection, stocking brands that offer a range of sizes and widths. “Our customers have been [sized] out of department stores,” said Ungar. “We show the 7B to 7EE customer 150 different shoes, so they can find their perfect fit.”

Size-and-width vendors such as Ros Hommerson and sister brand Walking Cradles have had a 16-year relationship with the store. “Business has been on a growth curve all those years,” said Ben Burka, account executive for the brands’ parent company, Mark Lemp Footwear. “It’s a [specialty] size store. Mar-Lou likes our larger sizes and additional widths.” And, added Burka, the new location could help broaden consumer demographics. “They’re beginning to get a younger customer,” he said. “It’s not only [about] those with a difficult size. It’s now everyone’s shoe store.”

While the Ungars aren’t actively courting a juniors’ customer, they do admit to trying to overcome a prior stigma as an “old ladies’ store.” Going forward, Ungar emphasized, “I intend to shop diligently for some fresh brands that are not as [well known] but can lend some exclusivity to our new location.”

And because Mar-Lou shifted focus from dress shoes to the comfort category about a decade ago, it has already added casual shoemakers such as SoftSpots and Munro America, as well as higher-end Euro-comfort lines including Dansko, Finn Comfort and Wolky.

Now Mar-Lou is one of Wolky’s key accounts in Ohio, with the sell-throughs averaging about 500 pairs a year. Rozanne Young, director of operations for Wolky, said business with the store has grown steadily since the line was introduced there eight years ago, and core styles that accommodate a range of widths do particularly well. “We don’t necessarily push all the models,” said Young. “Customers [like] the removable footbeds and adjustability [features].”

Although Mar-Lou stocks a wide range of product, its attention to service drives the business. Said Ungar, “We make [customers] feel like kings and queens.”