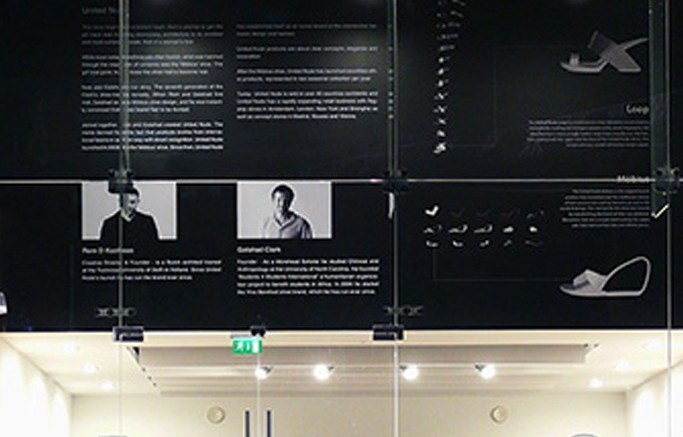 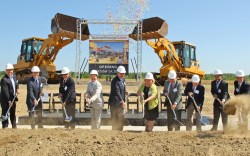 United Nude Opens Olympic Pop-Up
United Nude recently debuted a pop-up shop at the Olympic Village in London, where it will be open for at least three months. “London is one of our favorite cities and also the city where we have our biggest flagship store,” said brand co-founder and creative director Rem Koolhaas. “This is already our fifth pop-up shop this year, of which two were in Europe’s top department stores: Selfridges London and Galeries Lafayette in Paris. The last one was such a success that we will open our permanent shop-in-shop this fall.” Koolhaus noted that the brand also is preparing to celebrate its 10th anniversary next year with a number of collaborations and special exhibitions, to be announced.

DSW Bows Third in Big Apple
DSW Inc. recently opened its third location in Manhattan, at 2220 Broadway near 79th Street. The store is its second New York-based store to bow this year. The 26,000-sq.-ft. shop features three floors of selling space — one dedicated exclusively to men’s footwear. “With 13 stores in the New York metro area, we’re quickly becoming the store of choice for an increasing number of shoe lovers in the Big Apple,” President and CEO Mike MacDonald said in a statement.

St. Louis Outlet Center Breaks Ground
Taubman Centers Inc. on Wednesday broke ground on a new outlet center that will bring an array of footwear brands to the St. Louis area. Nine West, Jones New York, Famous Footwear, Aerosoles, Naturalizer, Robert Wayne and Saucony were named as future tenants in the 450,000-sq.-ft. center, dubbed the Taubman Prestige Outlets Chesterfield. “The retailers we announced [on Wednesday] are a sneak peek of the premier fashion retailers that will make Taubman Prestige Outlets Chesterfield a shopping destination for locals and visitors alike,” CEO William Taubman said in a statement.