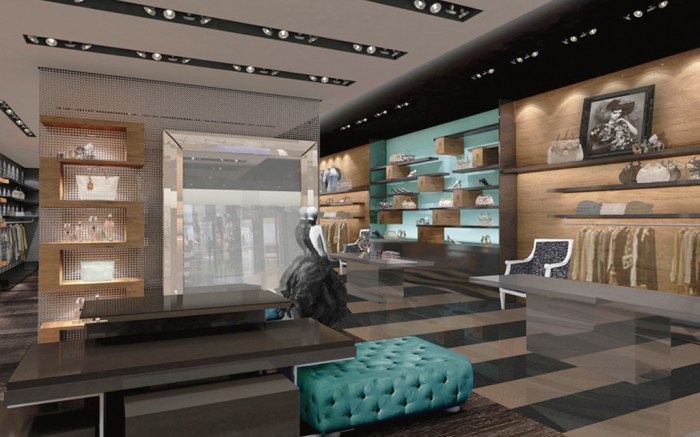 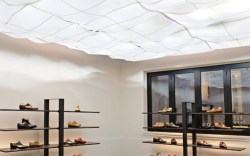 Lounge Soho Back on Scene
Lounge Soho is about to make a serious comeback. The eclectic retailer, which closed its Manhattan location in 2009 after a lease conflict, will return on April 20 with a new concept in Greenwich, Conn. The 2,000-sq.-ft. store will focus on contemporary women’s apparel and footwear, unlike the previous store that sold products for both men and women. Additional openings are already in development. Another location is slated to bow in the Jersey Gardens Mall in Elizabeth, N.J., in August, with four more doors to debut by the end of 2013. Owner Jack Menashe said footwear, which will initially make up about 15 percent of sales, will play a big part in the store’s future. The Greenwich store will launch with an assortment of footwear styles from Dolce Vita, Pour La Victoire, Vince Camuto and Yosi Samra. “Right now, [footwear] is not a huge part of what we’re doing, but it will grow,” he said. “Shoes have been driving fashion. We’re very mobile [in how we buy]. If [a style] breaks out, we’ll have it.” — Wayne Niemi

Fivestory to Heat Up Big Apple
New York’s Upper East Side is about to get a swanky neighbor. On April 19, Fivestory New York will debut at 18 East 69th St. in one of the neighborhood’s picturesque townhouses. In November, the store launched a temporary location, which has since closed, but the new, permanent location is expected to stock footwear from brands ranging from Chrissie Morris to Victoria Beckham. For her part, Morris said she is excited to see the impact the store will have on New York’s luxury retail scene. “To me, a beautifully designed shop with a carefully curated mix of exclusive collections and styles is a welcome addition to any city,” said the designer. “And in the case of Fivestory, we’re excited to see what feats of magic they will perform within that incredible landmarked townhouse.” — Wayne Niemi

Rossetti Unveils Revamped Unit
Fratelli Rossetti is going back to its roots. The label recently reopened its Milan flagship store on Via Montenapoleone on March 31. The 2,100-sq.-ft., three-story space features a new store design created by French architect François Muracciole. Inspired by the company’s artisanal tradition, the entrance is decorated with a leather floor, and the base of the iron-and-glass displays evoke the cutting dies used in leatherwork. “We have a particularly strong link with the boutique on Via Montenapoleone. It was the first home of Fratelli Rossetti and it is a reference point for Milanese people,” said Chairman Diego Rossetti. “With the new concept, our aim was to create a boutique that represents us, a place that communicates our lifelong work — the art of creating footwear — and a place that acquaints those who don’t know us with the passion that has accompanied us for over half a century.” The company also introduced a new tailor-made service available on the store’s third floor, while the first and second levels carry both the men’s and women’s collections. To celebrate the reopening, the brand launched the Milano shoe style, a patent leather laceup available in a range of colors, including orange, pink, beige and green. — Alessandra Turra