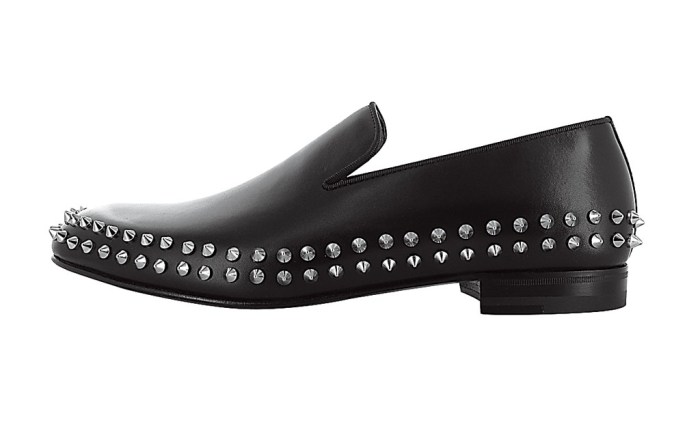 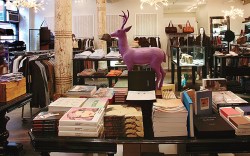 Louboutin Preps NY Men’s Store
Hot on the heels of opening his men’s store in Paris, Christian Louboutin will next bow a men’s shop in New York. Scheduled to debut in July, the 1,500-sq.-ft. store is located at 808 Washington St. in the Meatpacking District, across the street from the new Nicholas Kirkwood store, solidifying the neighborhood’s status as a destination for posh footwear. The Louboutin men’s shop also will be a block away from the designer’s Horatio Street women’s boutique. “It makes sense to have the two close together, yet still be in their own separate spaces,” Louboutin told Footwear News. New York-based architecture firm 212Box helped design the space, which will boast details by artisans from around the world, as well as the largest selection of Louboutin men’s shoes and bags in the U.S. As for what styles New Yorkers would want most, the designer predicted, “Funky and embellished sneakers that capture New York’s street style and the spirit of the city.” — Jocelyn Anderson

Target Partners with Odin
For the second installment of The Shops at Target, the retailer will present a collaboration with New York men’s store Odin. The retailer, which has three locations, is known for offering a select mix of upscale footwear, from Bespoken derby laceups to Common Projects sneakers. Its collection at Target will include shoes, in addition to sweaters, button-downs, pants and accessories. Target spokesperson Jessica Carlson said Odin was an exciting addition to the program given the range that the store’s owners, Eddy Chai and Paul Birardi, are able to incorporate. “Odin has a great outdoorsy and elegant vibe,” she said. Other stores recently announced for the Target project include The Curiosity Shoppe in San Francisco; Boston-based home store Patch NYC; and fashion boutique Kirna Zabête in New York. All products hit stores and Target.com on Sept. 9. — J.A.